Aryan Khan Case Highlights: The 23-year-old son of Shah Rukh Khan has been in custody since October 3, hours after drugs raids on a cruise ship party.

Aryan Khan has been granted bail after more than three weeks in jail, by the Bombay High Court.

The 23-year-old son of Shah Rukh Khan has been in custody since October 3, hours after drugs raids on a cruise ship party.

Aryan Khan had been denied bail twice before.

Aryan Khan has been in jail since October 8. He was detained after drug raids on a cruise ship party on October 2 by the NCB. Aryan Khan has been denied bail twice before. The special anti-drugs court that denied him bail last week said he knew about charas hidden in his friend Arbaaz Merchant's shoe, and this amounted to "conscious possession". Arbaaz Merchant was also arrested along with Aryan and 18 others.

Here are the Highlights on Aryan Khan's Bail Hearing:

Oct 28, 2021 23:36 (IST)
After Aryan Khan's Bail, Sister Suhana's 3-Word-Post With Childhood Pics
Superstar Shah Rukh Khan's son Aryan Khan was granted bail by Bombay High Court on Thursday - after being in jail for three weeks - ushering a huge sigh of relief for the family. The 23-year-old's younger sister Suhana posted a collage of pictures from her childhood and a simple three-worded message: "I Love You".
The post raked up over 2 lakh likes within one hour.
Oct 28, 2021 23:01 (IST)
"Picture Abhi Baaki Hai": NCP Leader's Swipe At Anti-Drugs Officer After Aryan Khan Bail
After the Bombay High Court granted bail to Aryan Khan, son of superstar Shah Rukh Khan, in the cruise drugs case, Maharashtra minister and NCP leader Nawab Malik on Thursday continued to target NCB's zonal director Sameer Wankhede, saying the picture is not over yet.
Tweeting in Hindi, Mr Malik said, "Picture abhi baaki hai (The picture is not over yet)."
The High Court granted bail to Aryan Khan and his two co-accused over three weeks after their arrest by the Narcotics Control Bureau (NCB).
Aryan, Arbaaz Merchant and Munmun Dhamecha were arrested by the anti-drugs agency on October 3 and charged under relevant sections of the Narcotics Drugs and Psychotropic Substances Act (NDPS) for possession, consumption, sale/purchase of banned drugs, conspiracy and abetment.
Oct 28, 2021 22:27 (IST)
Aryan Khan's Cousins Share Throwback Pictures After He Gets Bail
After Bombay High Court on Thursday granted bail to Bollywood actor Shah Rukh Khan's son Aryan Khan in the Mumbai cruise drugs seizure case, his cousins Arjun and Alia Chhiba shared old pictures with Aryan on social media, commemorating the occasion.
Ms Alia took to her Instagram stories and shared a childhood picture featuring her with Aryan, Suhana and Arjun.
Meanwhile, Arjun had also shared an Instagram story in which he could be seen standing beside his cousin while posing for the camera.
For the uninformed, Arjun and Alia are the children of Aryan's mother Gauri Khan's brother Vikrant Chhiba.
Oct 28, 2021 21:31 (IST)
"SRK Had Tears Of Joy": Ex-Attorney General Who Fought For Aryan Khan Bail
Megastar Shah Rukh Khan greeted the news of bail for his son, Aryan Khan -- arrested earlier this month in connection with the drugs-on-cruise case -- with "tears of joy", said India's former Attorney General Mukul  Rohatgi, who represented him in the Bombay High Court. The actor, Mr Rohatgi said, had "given up all his professional activities".
"He has been very, very worried the last three-four days that I was there and I'm not even sure whether he had proper meals. He was just having coffee after coffee. And he was very, very worried. And I could see a big sense of relief, yeah, on the father's face last time I met him," Mr Rohatgi told NDTV in an exclusive interview.
Oct 28, 2021 20:14 (IST)
"Win Some, Lose Some": Ex-Attorney General Who Fought For Aryan Khan Bail
Aryan Khan, Arbaaz Merchant, and Munmun Dhamecha, who were granted bail in the Mumbai cruise drugs seizure case, will be released from jail after the Bombay High Court issues a detailed order in the matter on Friday, former Attorney General of India Mukul Rohatgi has said.
Mr Rohatgi, who represented Aryan Khan, told reporters, "Bombay High Court has granted bail to Aryan Khan, Arbaaz Merchant, Munmun Dhamecha after hearing the arguments for three days. The detailed order will be given tomorrow. Hopefully, all they will come out of the jail by tomorrow or Saturday."
The Bombay High Court granted bail to the three accused, who were arrested on October 3, after hearing arguments for three days.
Oct 28, 2021 19:10 (IST)
"Welcome Home Prince Aryan": SRK Fans Celebrate Outside Mannat Home
Superstar Shah Rukh Khan's fans descended outside his iconic Mumbai residence - Mannat - to celebrate as the Bombay High Court granted bail to the actor's son Aryan Khan, three weeks after his arrest in the drugs-on-cruise case.
Two men are seen holding up a banner - Welcome Home Prince Aryan - that has a photo of Shah Rukh Khan with his son, as the others burst crackers. "Three cheers for Aryan Khan" - the crowd was heard hurrahing for the star son.
Aryan Khan, 23, was taken into custody on October 3, hours after drug raids on a cruise ship party by the Narcotics Control Bureau (NCB). The star son has been in Mumbai's Arthur Road jail since October 8 and had been denied bail twice.
Oct 28, 2021 18:00 (IST)

#WATCH | We've been waiting for this moment for 34,560 minutes. My wife was counting minutes not days. These children have been traumatized: Aslam Merchant, father of Arbaaz Merchant who got bail in drugs-on-cruise case by Bombay HC pic.twitter.com/1mfehaXCsZ

Oct 28, 2021 17:16 (IST)
Maharashtra | Kiran Gosavi (NCB witness in the drugs-on-cruise matter) an accused in cheating case registered with Pune City Police has been formally arrested by Faraskhana Police Station, Pune. He will be produced before Pune Court today. 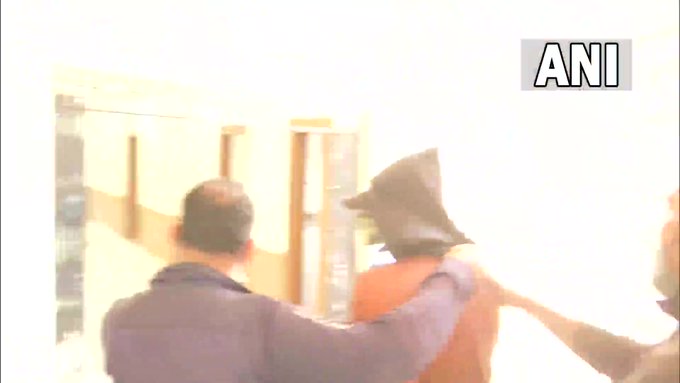 Oct 28, 2021 17:16 (IST)
Kiran Gosavi has been arrested in a 2018 cheating case. A charge-sheet was filed in the case in 2019. If we get more complaints against him, we will register fresh offence against him: Amitabh Gupta, Commissioner of Police, Pune City 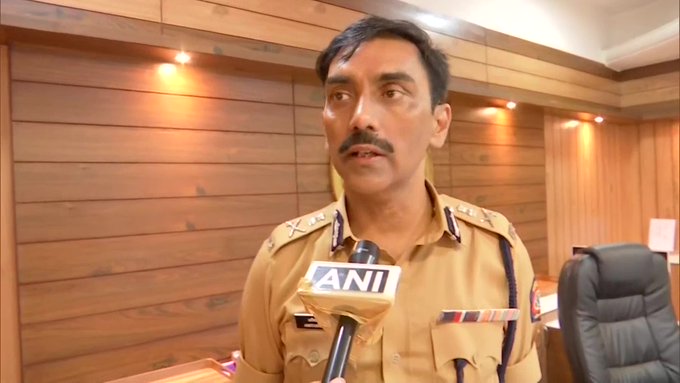 Oct 28, 2021 17:00 (IST)
They (Aryan Khan, Arbaz Merchant & Munmum Dhamecha) will come of the jail after the order is released from the court... For me, it is a regular case - to win some, to lose some. I am happy that he (Khan) has got bail: Former AG Mukul Rohatgi, who represented Khan in Bombay High Court
Oct 28, 2021 16:55 (IST)
Bombay High Court has granted bail to Aryan Khan, Arbaaz Merchant, Munmun Dhamecha after hearing the arguments for 3 days. The detailed order will be given tomorrow. Hopefully, all they will come out of the jail by tomorrow or Saturday: Former AG Mukul Rohatgi, who represented Aryan Khan 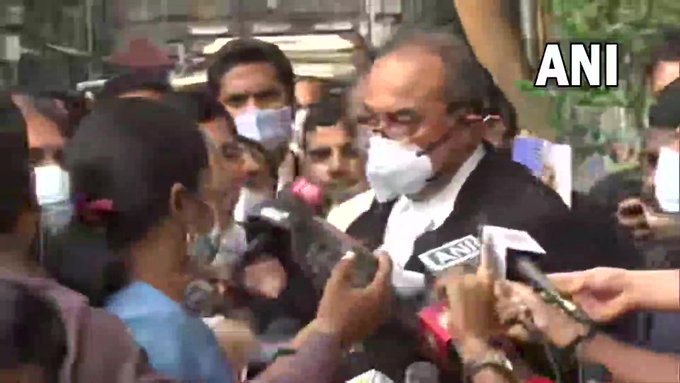 Aryan Khan Case Witness Kiran Gosavi, Wanted In Cheating Case, Detained In Pune
A controversial "independent witness" of the narcotics agency that is investigating the Mumbai drugs-on-cruise case has been detained in Pune, three days after he claimed he would surrender at a police station in Uttar Pradesh's capital Lucknow.