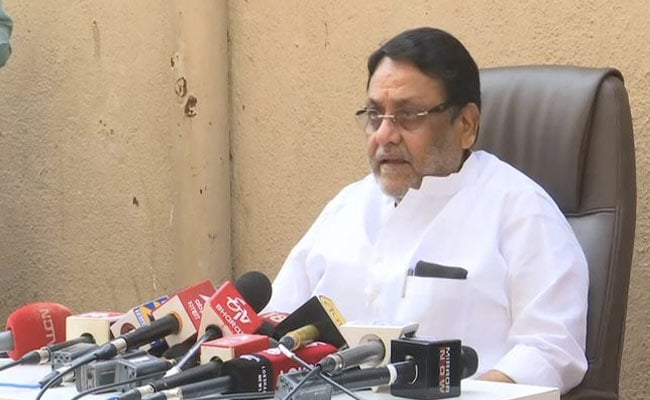 Tweeting in Hindi, Nawab Malik said, "Picture abhi baaki hai (The picture is not over yet)."

After the Bombay High Court granted bail to Aryan Khan, son of superstar Shah Rukh Khan, in the cruise drugs case, Maharashtra minister and NCP leader Nawab Malik on Thursday continued to target NCB's zonal director Sameer Wankhede, saying the picture is not over yet.

Tweeting in Hindi, Mr Malik said, "Picture abhi baaki hai (The picture is not over yet)."

The High Court granted bail to Aryan Khan and his two co-accused over three weeks after their arrest by the Narcotics Control Bureau (NCB).

Aryan, Arbaaz Merchant and Munmun Dhamecha were arrested by the anti-drugs agency on October 3 and charged under relevant sections of the Narcotics Drugs and Psychotropic Substances Act (NDPS) for possession, consumption, sale/purchase of banned drugs, conspiracy and abetment.

In a video message circulated to media on Thursday, Mr Malik said, "The officer (Wankhede) who arrested Aryan Khan and others has now approached the Bombay High Court requesting a restraining order against Mumbai police from arresting him. He had approached Mumbai police in the last week requesting protection. He must have done something really wrong and that is why he is afraid of action against him."

"The Mumbai police have informed the Bombay High Court that they would issue a notice of his arrest 72 hours prior if they intend to take any such action. I reiterate my earlier comments that this drug case is completely bogus. The kids were deliberately framed in this case," Mr Malik said.

"If the case comes before the Bombay High Court, it will get squashed," the minister added.

Two other persons arrested in the case were granted bail a day before by the NDPS court, Mr Malik said, alleging that all the arrested persons were eligible to get bail in this case, but the NCB prosecutor was making fresh claims in the case to delay the bail.

Wankhede filed a petition in the high court and sought an urgent hearing, saying he feared arrest by police over allegations of extortion against him in the case related to alleged drug bust on a cruise ship. But the Mumbai Police assured the HC that it will not arrest Wankhede without giving him three days' notice.

Earlier, the NCP leader had levelled various allegations against Wankhede, including illegal phone tapping and use of forged documents to secure job.