"Time For Patience Over": Mohan Bhagwat On Building Temple In Ayodhya

Speaking at a rally organised by the Vishwa Hindu Parishad (VHP) on the Ram temple issue in Ayodhya, Mohan Bhagwat said this should be the "decisive phase of the agitation". 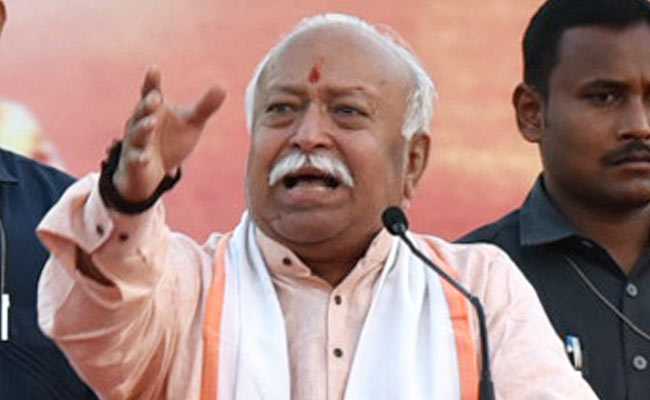 Rashtriya Swayamsevak Sangh (RSS) chief Mohan Bhagwat on Sunday said the time for patience was over and a law should be brought to facilitate the construction of a Ram temple at Ayodhya in Uttar Pradesh if the matter was not a priority for the Supreme Court.

Speaking at a rally organised by the Vishwa Hindu Parishad (VHP) on the Ram temple issue in Ayodhya, Mohan Bhagwat also said this should be the "decisive phase of the agitation".

"One year ago, I myself had said be patient. Now, I say patience will not work. Now we need to mobilise people. Now we should demand a law," he said.

"If, for whatever reasons, because the court has a busy schedule or maybe it does not understand the sensibilities of the society, the Ram temple case is not a priority for them, then the government should think how to bring a law for the construction of the temple....the law should be introduced at the earliest," Mr Bhagwat added.

"Now this should be the decisive phase of this agitation," he said.

The RSS chief said in 1992, those agitating for the temple at Ayodhya had approached then Prime Minister PV Narasimha Rao, but he did not take a prompt decision.

"(Then) the karsevaks (volunteers) got angry and what happened, happened," he said, referring to the demolition of the Babri mosque on December 6, 1992.

Asserting that the Ram Janmabhoomi was a matter of faith which could not be questioned, Mr Bhagwat said, "The society does not move only by the words of law, but also by its own wishes." 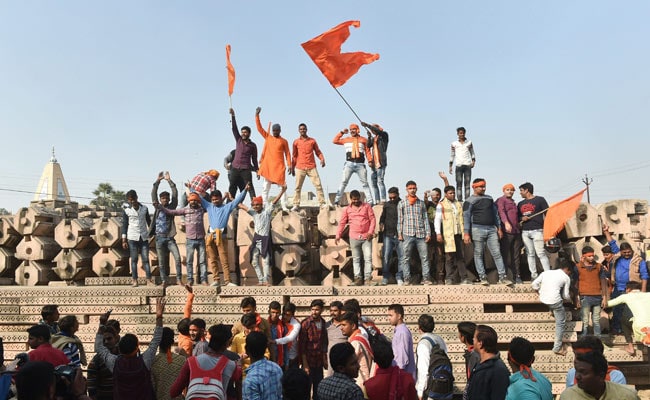 "In 2010, the court (Allahabad High Court) had ruled in favour of the construction of the Ram temple, but now, indications are clear that it is not a priority of the (top) court," he added.

The Supreme Court, hearing appeals against the high court's decision, had said earlier this month that it would hear the matter only in January, 2019.

Mohan Bhagwat also said people should not fight with the government, but build pressure on it.

The government, if not willing to build the temple, would bow down before such pressure, or if it wanted to build it but could not find a way, would gain "strength from the public pressure", he added.