"The shrill speeches of Prime Minister Narendra Modi can''t hide the fact that the BJP has betrayed the women of India on all counts," Sushmita Dev said. 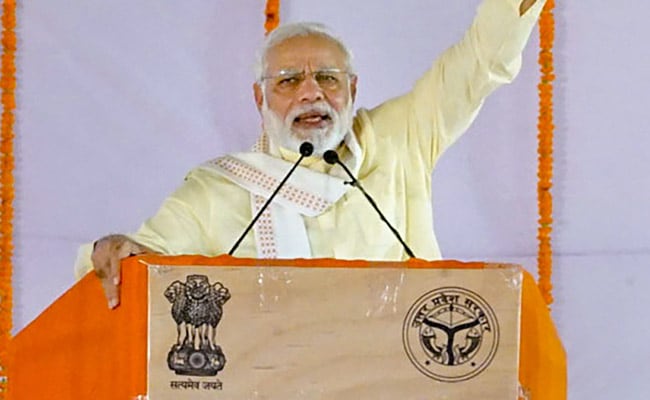 Assurance of women empowerment was a "jumla", Sushmita Dev alleged.

On a day Congress chief Rahul Gandhi wrote to the Prime Minister to seek support for Women''s Reservation Bill in parliament, a woman leader of the opposition party on Monday said the "anti-women" government had betrayed women on all counts.

"We are approaching the last monsoon session (of parliament) of this NDA government and the picture for Indian women is bleak and gloomy. Like all other aspects of governance, it is finally established that empowerment of women and assurance of their personal security was only a ''jumla''," said Mahila Congress President Sushmita Dev.

The Mahila Congress during the day organised a jeep rally in Delhi to protest the government''s "anti-women" policies.

"The shrill speeches and hyperbole of Prime Minister Narendra Modi at public rallies can''t hide the fact that the BJP has betrayed the women of India on all counts. Some mindless policies made in a hurry as a knee-jerk reaction to situations, devoid of any thought to long-term implications, in-depth research or consultation with civil society and stakeholders have been rushed through Parliament in the name of women empowerment," she added.

She said: "The end result is that the list of promises made to women in the BJP manifesto ahead of the 2014 general elections now reads like a list of Modi government''s shameful failures."

"The BJP -- which referred to women as nation builders in its 2014 manifesto -- has managed to bewilder women by the detrimental actions and inactions of its Ministers, leaders and workers," Ms Dev added.

The Congress'' woman leader said: "This government''s policies are not aimed to fulfil its commitment to women. Their policies come as a damage control to save the face of the Prime Minister and cover the anti-women agenda of the BJP-RSS combine."

She also claimed that the commitment to provide one third reservation in seats for women in assemblies and parliament stands breached.

"Will the Prime Minister come forward in the coming session of Parliament to answer the Congress charges? Otherwise, it will be assumed that he is guilty," she added.