Mob Attack In UP, Cops To The Rescue. 4 Men Assaulted Over Dead Buffalo

Villagers in Hathras alleged that they caught the men taking away the dead buffalo in a van. The buffalo had been poisoned by the men, they alleged.

The men, accused of stealing the buffalo, were beaten, dragged and abused in Hathras.

In the middle of a huge backlash over the death of a man attacked by cow vigilantes in Rajasthan, four men transporting a dead buffalo were assaulted by a mob in Uttar Pradesh in the early hours today.

The men, accused of stealing the buffalo, were saved from the mob by policemen who reasoned with the militant crowd for over half an hour and persuaded them to let the law take over.

The incident took place before dawn in the Hathras district, about 200 km from Delhi.

Villagers alleged that they caught the men taking away the dead buffalo in a pick-up van. The buffalo had been poisoned by the men, they alleged.

The men, two Hindus and two Muslims, were beaten, dragged and abused.

A mobile video shot by a villager and circulated online shows the aftermath of the assault; the men are seen on the ground, surrounded by villagers.

One of the men pleads with the villagers and is heard saying over and over that he is not a cattle thief and that he had gone to the village to pick up a dead buffalo on the instructions of a contractor he works for. The man says he was asked to take the buffalo to a designated spot given to him by the contractor. The crowd refused to believe him.

Another mobile video in circulation shows a police officer asking the angry villagers to let the police take the men into their custody. The officer stays calm as villagers shout at him. At one point, he asks for the mobile recording to be stopped.

The police finally managed to rescue the four men from the mob. They are at a police station around 50 km away. The police say they have called the buffalo owner.

"The four men say they have a license to pick up dead animals and dispose of them. We are getting that checked. As we investigate further, we will also act against the mob," said senior police officer Siddhartha Verma.

On how the police narrowly avoided a worse crisis, Mr Verma said: "It's difficult to say whether this could have led to a lynching incident. Sometimes the mob gets out of control but thankfully we were there on the spot and we managed things."

This is the latest in a series of mob attacks that have become frighteningly frequent in various parts of India. 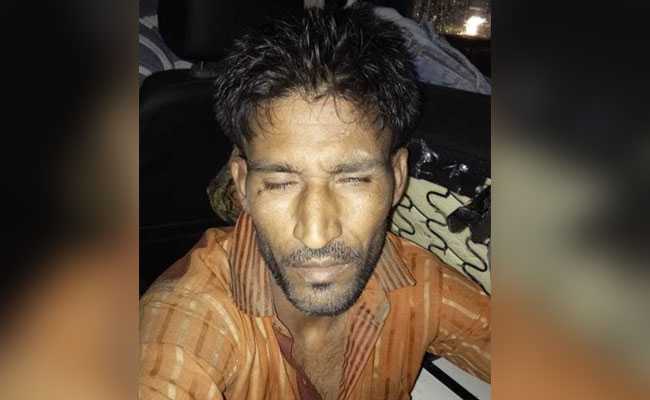 Rakbar Khan died after he was thrashed by a mob in Alwar on suspicion of cattle smuggling last week.

Last Saturday, Rakbar Khan, 28, died after he was attacked in Rajasthan's Alwar by villagers who thought he was smuggling cows. What caused his death was a three-hour delay by cops in taking him to a hospital 20 minutes from where he was attacked; they first arranged transport for his cows and then stopped for a tea break before reaching the hospital.

The government has asked a group of ministers to examine ways of checking what the Supreme Court termed "mobocracy" and report to Prime Minister Narendra Modi. Yesterday, the centre put out an advisory asserting that states need to take measures against such incidents.