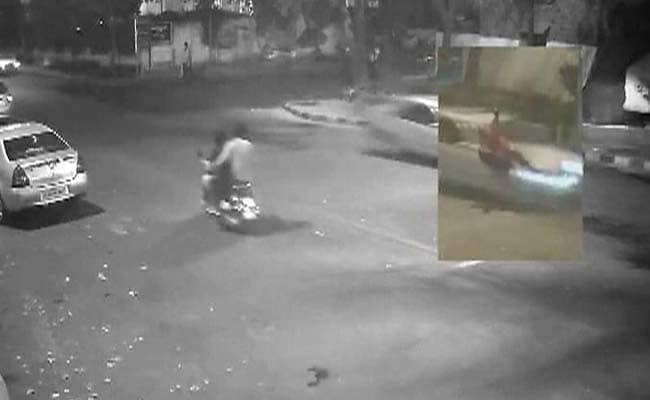 While the teenager was sent to a juvenile home, his father (arrested on Friday) and the man who initially claimed to be the driver (arrested on Sunday) were granted bail.

The teenager who had allegedly run over a 32-year-old man with his father's Mercedes in New Delhi's Civil Lines area, will be taken to the accident spot and questioned by a juvenile welfare officer for the next two days, the police said.

He was sent to two days in "police custody" by the Juvenile Justice Board today, a senior police official said. "Unlike normal police remand in which the accused persons can be interrogated for the whole day, the juvenile will be made available only from 10 am to 6 pm. At other times, he will be at the juvenile home, though technically in police custody," the official said.

During the remand period, he will be taken to the accident spot and asked a wide range of questions. He could not be questioned today because of the time constraint. The eight-hour slot would apply for tomorrow and the day after, following which his "police custody" would end, the official said.

Meanwhile, the police are also preparing to challenge the bail granted to the juvenile's father yesterday. While the son has been booked for culpable homicide not amounting to murder, the father was booked for abetment to the offence.

The teenager was again held by the police yesterday after he went to surrender at a city court, where his father and the man, who had once claimed to be the driver of the Mercedes at the time of the accident, were produced.

While the teenager was sent to a juvenile home, his father (arrested on Friday) and the other man (arrested yesterday) were granted bail.

The man who had claimed to be the driver and later retracted her statement, was arrested under section 203 (giving false information respecting an offence committed) of the Indian Penal Code.

The incident took place on April 4 when 32-year-old marketing executive Siddharth Sharma was trying to cross a road near Ludlow Castle School and the speeding Mercedes hit him.
Comments
Mercedes hit and runDelhi hit and run