3 Days After 17-Year-Old Was Killed By Speeding Mercedes, Businessman Arrested In Delhi 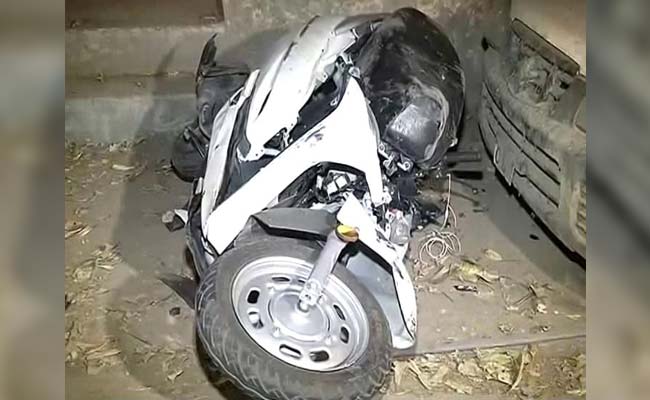 The man was arrested by the Crime Branch from Rajouri Garden and the Mercedes car has been seized.

New Delhi: Three days after a teenager was killed by a speeding Mercedes near his home in Delhi's Paschim Vihar,  Savneet Singh, a businessman from the same area has been arrested by the Crime Branch.

17-year-old Atul Arora was killed on Sunday, a day before he was to begin Class 12.

He was driving a scooter, which was dragged 100 metres by the Mercedes before the driver sped away.

The car has been seized, a senior police officer informed. The police suspect that the 27-year-old businessman was drunk when he rammed the boy's scooter head-on.

He was allegedly with a friend and they were heading to an eatery when they hit Atul's scooter.

The teen died instantly. He was not wearing a helmet and didn't have a driving licence, the police said.

The impact of the crash was such that the boy was flung in the air and suffered severe head injuries.

The police recovered the logo of the car, grill among other accessories from the accident spot, which suggested that the boy's scooter was hit by a luxury vehicle.

They also identified the make of the car from the CCTV footage gathered from the spot, but couldn't see the number or the driver.

"Atul had wanted to travel the world and was extremely religious. He was returning from a satsang that night and had gone to drop a friend home when the accident happened," said Ruchi Arora, Atul's sister.
Comments
Mercedesteen killedPaschim ViharAtul AroraHit And Run