Drawing the Chief minister Pushkar Singh Dhami's attention to the warnings of medical experts about a third wave of the pandemic in a letter, the IMA's state secretary Amit Khanna asked him to not allow the proposed Kanwar Yatra to go ahead. 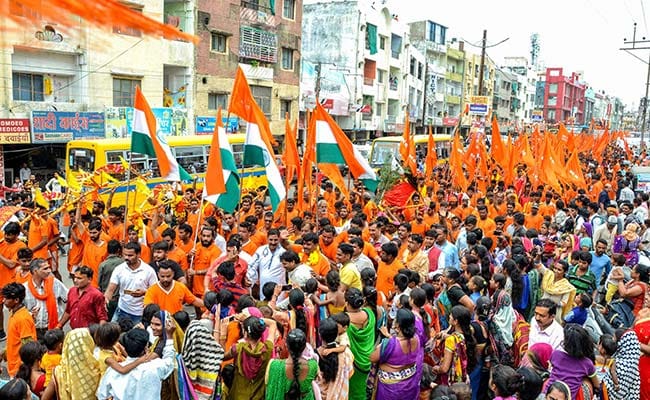 The yatra had been cancelled last year too due to the first wave of COVID-19. (File)

The Indian Medical Association's Uttarakhand chapter has written to Chief Minister Pushkar Singh Dhami requesting him to cancel the Kanwar Yatra this year for public safety in view of a possible third wave of COVID-19.

Drawing the Chief minister's attention to the warnings of medical experts about a third wave of the pandemic in a letter, the IMA's state secretary Amit Khanna asked him to not allow the proposed Kanwar Yatra to go ahead.

The fortnight-long yatra that begins with the onset of the month of Shravan around July 25 and goes on till the first week of August sees crores of Kanwariyas from neighbouring states like Uttar Pradesh, Haryana, Punjab, Delhi and Himachal Pradesh gathering in Haridwar to collect the holy waters of the Ganga.

The yatra had been cancelled last year too due to the first wave of COVID-19.

"We request you to disallow the proposed Kanwar Yatra in July-August, 2021, as the third wave of Covid pandemic is ready to knock on the doors of this country according to several specialists," Mr Khanna said on behalf of the IMA in the letter.

Reminding the Chief Minister how people went off guard after the first wave and paid a heavy price for it in the form of a stronger and more fatal second wave, the IMA Secretary asked Mr Dhami to take all these things into consideration and take a positive decision in the interest of the state and the country as a whole.

"After the first wave, we went off-guard and did not follow the guidelines of the central government delineated for this pandemic which was a gross negligence on our part and consequently lost several of our kin in the second wave," the IMA official said.

Even Prime Minister Narendra Modi has expressed concern over the carelessness in following COVID-19 protocol, Mr Khanna said adding that the government should not allow devotees to enter the state learning from previous failure.

Mr Dhami, who met central ministers including PM Modi in Delhi over the past few days, has already said that though the Kanwar Yatra is connected with the religious sentiments of people saving lives is the state government's topmost priority.

"Even the gods will not want people to die. The priority at the moment is saving lives," he told reporters in Delhi on Sunday when asked whether or not the yatra will be held.

However, a final decision on giving go-ahead will be taken in consultation with neighbouring states including UP, Haryana and others, Dhami had said.