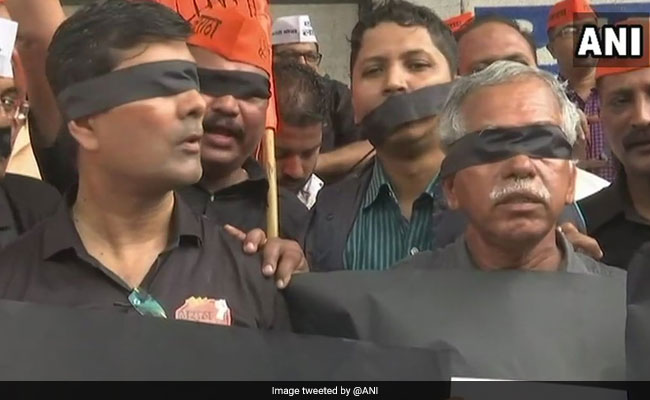 Maharashtra bandh has begun today from 8am and will continue till 6pm. The state is braced up for a day-long shutdown today called by an umbrella organisation of pro-quota Maratha groups, with the authorities ordering closure of schools and colleges in some areas fearing violence. The 'bandh' is being organised despite Chief Minister Devendra Fadnavis' assurances that his government was working on providing reservation to the Marathas in government jobs and educational institutions, one that is legally sustainable. Mr Fadnavis had sought time till November to take steps with regard to the Maratha quota demands.

On the eve of the bandh, senior minister Chandrakant Patil said that "nothing can be done" on their demand till November 15.

The state police has said it will make maximum deployment of its personnel as also the central forces requisitioned so as to maintain the law and order during the Maratha reservation protests.

Here are the Live Updates of the Maharashtra Bandh:

Aug 09, 2018 15:03 (IST)
In Latur, Sholapur, Kolhapur, Palghar and several other places, activists blocked road traffic while Pune, Ahmednagar, Washim, Dhule, Buldhana, Nanded, Akola, Parbhani, Jalna, Hingoli, Aurangabad woke up to a total shutdown.
Aug 09, 2018 14:44 (IST)
In Sindhudurg district, Marathas staged a ''jail-bharo'' agitation in all sub-districts. They were later let off.
Aug 09, 2018 14:32 (IST)
There were road blocks on the Mumbai-Goa Highway, Mumbai-Nashik Highway and the old Mumbai-Pune Highway, which remained practically traffic-free due to the shutdown.
Aug 09, 2018 14:19 (IST)
Internet services were snapped as a precaution in several districts like Aurangabad, Osmanabad and Ahmednagar while protestors staged a sit-in outside the Baramati (Pune district) home of Nationalist Congress Party President Sharad Pawar.
Aug 09, 2018 14:19 (IST)
Although Nashik was normal, there were roadblocks, processions and sit-ins and similar agitations in Nagpur, where activists performed prayers to a statue of Chhatrapati Shivaji Maharaj. In Yavatmal, a bike rally was taken out.
Aug 09, 2018 13:54 (IST)
In Mumbai, protesters covered their eyes and mouth with black ribbons during protest demanding Maratha Reservation on Bharat Bandh. 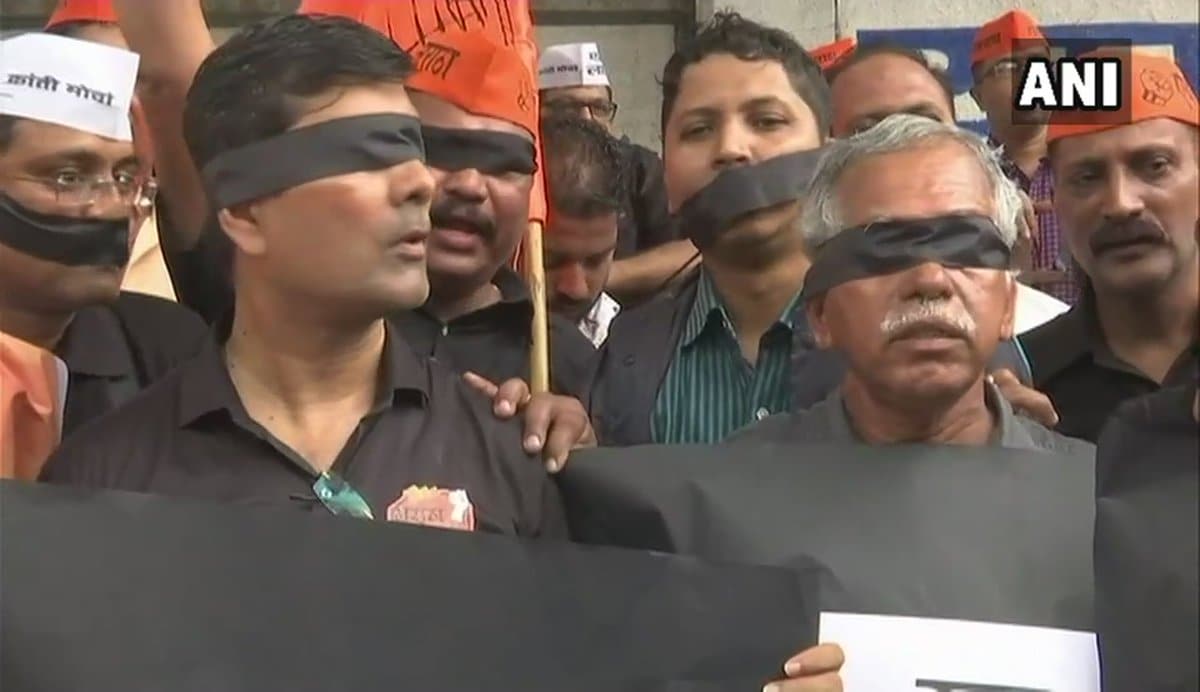 Aug 09, 2018 13:47 (IST)
In Mumbai, Thane and Navi Mumbai, only token protests were held, the suburban trains on the Western Railway and Central Railway operated normally.
Aug 09, 2018 13:28 (IST)
"There are over 1,000 companies in the Chakan MIDC area and a majority of them have decided to keep their plants shut," Chakan police station's senior inspector Santosh Girigosavi had said yesterday.
Aug 09, 2018 13:23 (IST)
Chakan, an industrial hub located in Khed tehsil, witnessed large-scale violence during the Maratha quota agitation on July 30, when around 70 buses were torched and damaged in the area. Police said there was no information of any untoward incident in the district so far.
Aug 09, 2018 13:14 (IST)
Fearing violence during the bandh, Pune Collector Naval Kishore Ram issued an order yesterday that schools and colleges will remain shut today. "Even if there is no untoward incident during the protest, roads might be blocked and we do not want students to be inconvenienced and parents to be anxious unnecessarily," the collector said.
Aug 09, 2018 13:03 (IST)
Superintendent of Police Sandip Patil told PTI the Internet services in Pune were temporarily suspended in Baramati, Shirur, Khed, Junnar, Maval, Bhor and Daund rural tehsils of the district. The step was taken to prevent any untoward incident after violent protests were witnessed during the Maratha community's protest for reservation last month, he said.
Aug 09, 2018 13:02 (IST)
Over 7,000 police personnel have been deployed in the city, along with some companies of the State Reserve Police Force and Rapid Action Force, to maintain law and order, Pune Commissioner of Police Venkatesham K said.
Aug 09, 2018 12:51 (IST)
Between July 18 and 27, there were incidents of stone pelting at over 250 places and 198 incidents of arson. Property, including both public and private, worth more than Rs 4.5 crore was damaged in those 10 days, a police official said.

Aug 09, 2018 12:36 (IST)
The agitators held a sit-in protest outside the residence of Nationalist Congress Party chief Sharad Pawar in Baramati today.
Aug 09, 2018 12:35 (IST)
BREAKING: Internet services were suspended in Maharashtra's Pune district today to prevent rumour-mongering in view of the Maratha quota agitation, news agency PTI reported.
Aug 09, 2018 12:34 (IST)
Mr Jadhavrao said, "It will be a peaceful protest from 8 am to 6 pm. I appeal to my fellow Maratha youths to desist from committing suicides. It is not going to help the community and its cause." A number of people from the community had earlier committed suicide in support of the quota demand.
Aug 09, 2018 12:28 (IST)
Mr Jadhavrao also alleged that Fadnavis was talking to only a handful of Marathas and trying to create confusion within the community.

"Fadnavis should give a time-bound programme for giving quota to the community on his letterhead and we will withdraw our agitation," he said.

Aug 09, 2018 12:27 (IST)
Sakal Maratha Samaj leader Jadhavrao said, "We are also making an appeal to the Maratha youths to stay away from violence. We will not indulge in any aggressive protest and there will be no damage to public properties."

We have given a call for a peaceful agitation. We have no intention to cause a contempt of court. The coordinators of Maratha morcha from Navi Mumbai can participate in the agitation in Mumbai," Mr Jadhavrao said yesterday.
Aug 09, 2018 12:10 (IST)
In view of the bandh, a majority of the commercial units in the Chakan industrial area have also decided to remain closed today. As a precaution, Maharashtra state buses are not plying in Pune. Aug 09, 2018 12:07 (IST)
The Bombay High Court had yesterday urged the Maratha community members to refrain from resorting to violence or committing suicide over their demand for reservation in government jobs and education.
Aug 09, 2018 11:48 (IST)
"It will be a state-wide bandh, excluding Navi Mumbai. All the essential services, schools and colleges have been excluded from the bandh," Amol Jadhavrao, a leader of Sakal Maratha Samaj told reporters.

"Due to some sensitive issues, we have decided not to observe bandh in Navi Mumbai," he said.

Aug 09, 2018 11:31 (IST)
A number of places, especially Koparkhairane and Kalamboli in Navi Mumbai, had witnessed violence during the Maratha quota stir late last month. Around 20 policemen, including eight officers, were injured in stone-pelting by protesters at Kopar Khairane and Kalamboli. A protester, injured in the violence in Navi Mumbai, had died.

Aug 09, 2018 10:39 (IST)
Community members had earlier taken out silent marches across the state to highlight their demands, prominent among them being that of reservation.
Aug 09, 2018 10:35 (IST)
A number of places, especially Koparkhairane and Kalamboli in Navi Mumbai, had witnessed violence during the Maratha quota stir late last month.
Aug 09, 2018 10:35 (IST)
Senior state minister Chandrakant Patil said yesterday that "nothing can be done" on their demand till November 15. Maharashtra Police has stepped up security so as to maintain law and order.

Aug 09, 2018 10:26 (IST)
Buses of Maharashtra State Road Transport Corporation are not plying as a precautionary measure in Pune. 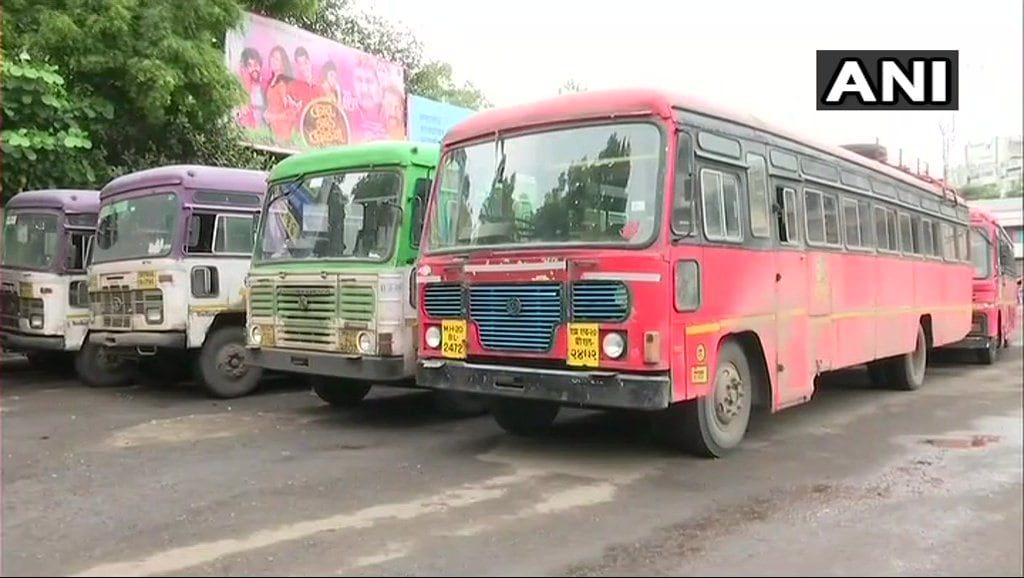 Aug 09, 2018 10:26 (IST)
Shiv Sena MLA from Kolhapur, Prakash Abitkar, claimed last night that he had sought permission of the state Assembly Speaker to hold an agitation in the Vidhan Bhawan premises in Mumbai today to extend support to the Maratha community's demand for reservation.
However, it was not clear whether he was granted the permission. 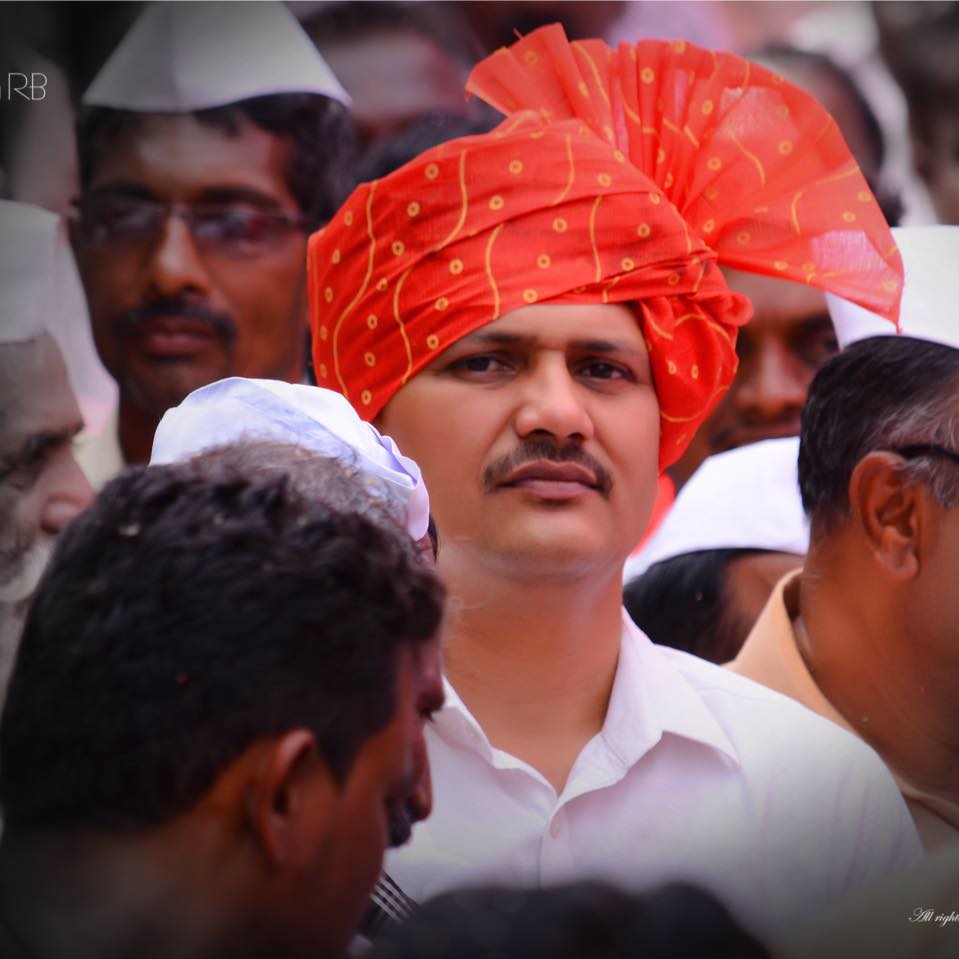 Aug 09, 2018 10:23 (IST)
The pro-reservation agitators have decided to take out a bike rally in Pune district today. A pro-quota group in Latur blocked roads from midnight and disrupted the vehicular movement.

Aug 09, 2018 10:16 (IST)
The 'bandh' is being organised despite Chief Minister Devendra Fadnavis' assurances that his government was working on providing reservation to Marathas in government jobs and educational institutions, one that is legally sustainable.
Aug 09, 2018 10:12 (IST)
In Satara, no state transport buses were running today and all vehicles were parked at the central bus stand. All petrol pumps and vegetable markets were also closed in Satara.

Aug 09, 2018 10:04 (IST)
Even as Maratha groups have excluded essential services from the bandh purview, the supply of vegetables was affected in some parts of the state, including Mumbai, APMC officials said. A vegetable seller in Mumbai's Dadar area said the 'bandh' was not forced on them, but they had voluntarily shut down business for the day in support of the cause, reported PTI. Aug 09, 2018 10:04 (IST)
The authorities had yesterday ordered closure of schools and colleges in some cities, including Pune, fearing violence. Though Navi Mumbai has been excluded from the bandh, the Agriculture Produce Market Committee in the densely populated township has decided to remain shut today.
Aug 09, 2018 09:58 (IST)
Protesters halted buses and other vehicles on roads in Latur, Jalna, Solapur and Buldhana districts, officials said. Yesterday, the protesting groups had said they would hold peaceful protests.
Aug 09, 2018 09:56 (IST)
Maratha agitators disrupted road traffic in some parts of Maharashtra today as part of their statewide protests over the reservation demand, reported news agency PTI.
Aug 09, 2018 09:24 (IST)
The agitation, however, turned violent after a 27-year-old protester jumped to his death in Godavari river near Aurangabad on July 23.
Aug 09, 2018 09:22 (IST)
The Maratha community members had earlier taken out silent marches across the state to highlight their demands, prominent among them being that of reservation.