Manipur: The northeastern state votes for the 60-member state assembly on February 27 and the counting of votes will be done on March 10. 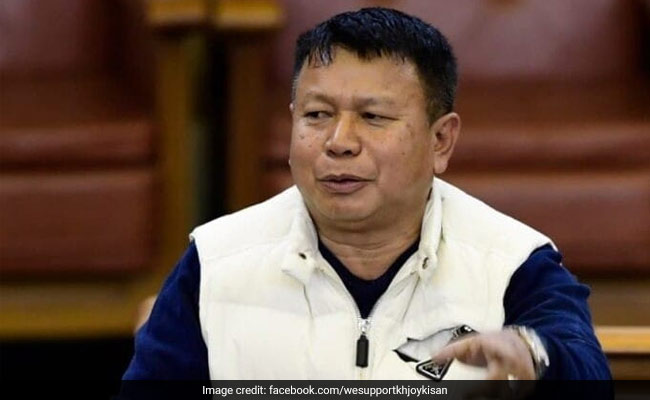 Before joining the Congress, Khumukcham Joykisan Singh was with the BJP.

Nearly a month before the state polls, Congress has sacked its senior leader in Manipur - Khumukcham Joykisan Singh. The 55-year-old leader is the MLA from Thangmeiband in West Imphal.

He has been suspended for anti-party activities. Before joining the Congress, Mr Singh was with the BJP.

The northeastern state votes for the 60-member state assembly on February 27 and the counting of votes will be done on March 10.

The BJP is fighting to retain the state for a second term.

In the last assembly election, Congress had emerged as the single-largest party with 28 seats.

After a series of resignations, however, the party lost the state to BJP which managed to form the government with 21 seats it had and an alliance with three regional parties - Naga People's Front (NPF) National Peoples Party (NPP), the Lok Janshakti Party (LJP). Nongthongbam Biren Singh was then chosen to be the Chief Minister.

Since the 2017 polls, Congress has lost 16 MLAs to the rival BJP. Amid constant infighting, the party aims to win back the state.

Amid a surge in Covid cases, political parties are going virtual to reach out to the voters.

"We have already gone virtual for training programme for the poll and for mass communication even to our booth and Mandal level, we are well versed and equipped to and before the model code of conduct and the covid spike came we have done a lot of groundwork for the polls so we are very confident," BJP spokesperson Chongtham Bijoy said.

But Congress had an appeal. "We would like to request the Election Commission to see if it can come up with a strict SOP for rallies since without that for opposition parties it is difficult to show organizational strength to reach out to the voters," Congress spokesperson Debabrata Singh said.