In this journey, apart from Jammu and Kashmir, Rohan cycled through Punjab, Himachal Pradesh, UT of Chandigarh, Haryana, Delhi, and Uttar Pradesh. 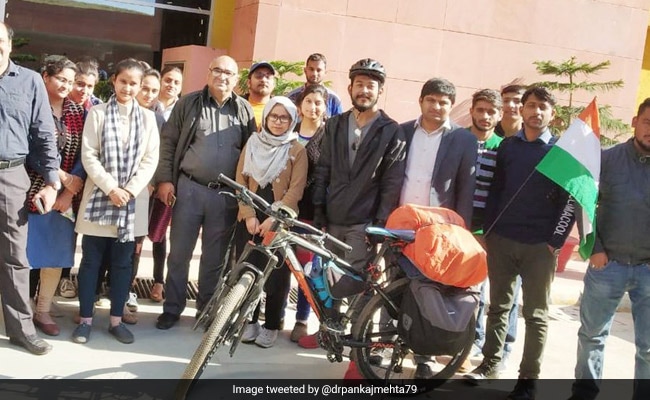 The ride is a contribution, acknowledgement ride to the Pulwama attack victims: Philem Rohan Singh

A 24-year-old Manipur cyclist Philem Rohan Singh, completed a nine-day cycling journey from Jammu to Greater Noida in a bid to raise funds for the martyrs of Pulwama attack.

His cycling tour was flagged off by senior IPS officer, Basant Rath whereas, the felicitation was done by VC Sharada university GR C Reddy and Executive director Prashant Gupta.

"This bicycle ride is a contribution and acknowledgement ride to the Pulwama attack victims and the attack that happened recently and I want to convey a message by riding from here to Delhi to raise funds for the soldier," said Rohan. 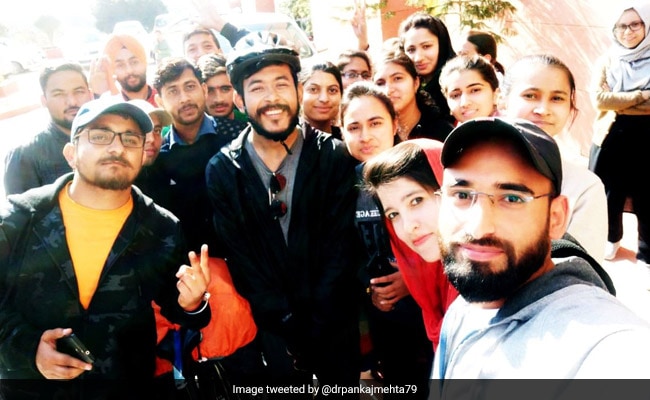 In this journey, apart from Jammu and Kashmir, Rohan cycled through Punjab, Himachal Pradesh, UT of Chandigarh, Haryana, Delhi, and Uttar Pradesh.

This is not the first time the young cyclist rode across the country for a cause. Last year, he rode from New Delhi to his home town Manipur supporting the message of green India and pollution free India.

The young cyclist, who claims to have completed 9,000 km across the country, said he had cycled with the message of humanity in the past and this time too he would do the same.

On 14th February, the deadly terror attack by Jaish-e-Mohammad (JeM) killed 40 Central Reserve Police Force (CRPF) personnel in south Kashmir's Pulwama. Even months after the attack, the nation continues to pay rich tribute to the brave martyred soldiers who sacrificed their life.