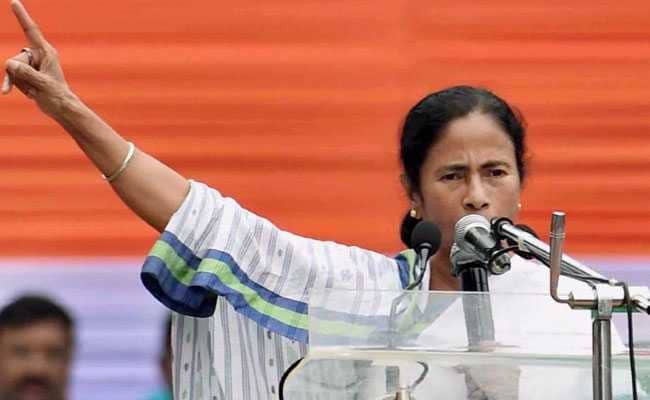 Mamata Banerjee lamented that the iconic freedom fighter is yet to get his due. (File photo)

New Delhi: West Bengal Chief Minister Mamata Banerjee on Tuesday hit out at the Centre for not declaring Netaji Subhas Chandra Bose's birthday a national holiday and lamented that the iconic freedom fighter is yet to get his due.

"The birthday of Netaji Subhas Chandra Bose has not yet been declared a national holiday. Cannot we show this much respect to him?

"The state had announced public holiday on January 23 years ago," Ms Banerjee said after offering floral tributes to Bose at Indira Gandhi Sarani here on his 121st birth anniversary.

"The people of this country want to know what happened to Netaji. There is a version which only a section believes."

She also tweeted: "Netaji is a national hero, an epitome of patriotism, selfless service, courage, dignity and dedication. Today is the day for all of us, including our young generation, to take a pledge again to work tirelessly for the good of our country and the people. Jai Hind."

Promoted
Listen to the latest songs, only on JioSaavn.com
At a separate programme celebrating Bose's birthday, Governor Keshari Nath Tripathi said it would be in the fitness of things if the Centre okays the state's demand for a national holiday.

"The state has approached the Centre on the issue. It would be a good decision if the Centre gives the green signal," Mr Tripathi told reporters on the sidelines of the programme at Netaji Bhavan.
Comments
Mamata BanerjeeNetaji Subhas Bose