The governor has repeatedly criticised the Chief Minister and that has not gone down well with the Trinamool Congress, leading to bitter exchanges between the party and the governor 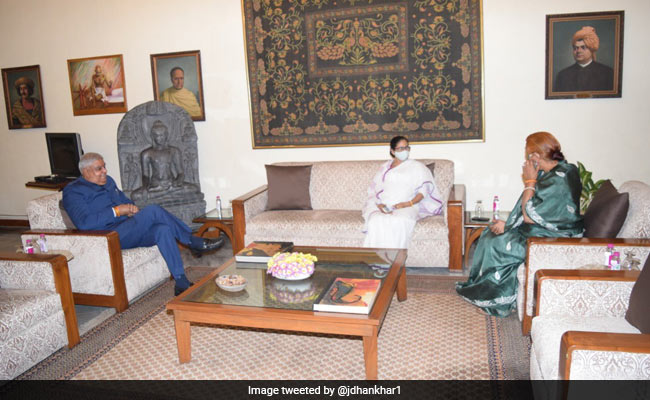 On Wednesday, Trinamool MP Kakoli Ghosh Dastidar hit out at the governor, and Ms Banerjee's visit came just hours after that. "The governor has a position and he has to remain neutral. He has to share the views of the government. He has become partial and one-sided and turned the Raj Bhavan into the party office of BJP," said Mr Dastidar.

"We have demanded his removal and asked the President to intervene. We have sent a letter. This governor wants to destroy Bengal like how the BJP is doing in the rest of the country, but he will not be able to do that to the traditions of Bengal," the Trinamool MP said.

The governor visited a temple in south Bengal today and commented on the law and order situation in the state. Beyond that, the governor and the Trinamool Congress have had several run-ins on multiple issues. Ms Banerjee's party has alleged the governor clearly crossed lines as far as his constitutional position is concerned.

State government officials said the meeting between the Chief Minister and the governor was a courtesy call to exchange New Year greetings.

Election to the legislative assembly in West Bengal is just months away.