Last week, the Maldivian ambassador told a media outlet that his country has asked India to take back military helicopters and personnel posted there following the expiry of a pact in June. 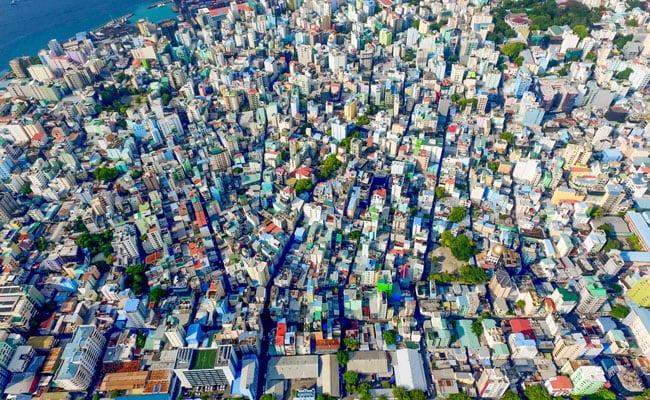 India has had considerable influence in the Maldives, an archipelago in the Indian Ocean

The Maldives asking India to take back its military helicopters and personnel deployed there reflects the country's "increasing desire to rid itself of the excessive Indian influence", Chinese state media has said.

A commentary in the Global Times said it was wrong on the part of Indian diplomats and security officials to think that the move by the island nation came at the behest of China, which does not interfere in any country's internal affairs.

The paper said the move also sends a signal to the Quad bloc -- consisting of India, Australia, the US and Japan -- in the Indo-Pacific that plans to "contain" China. The revival of the bloc unsettles Beijing.

Last week, the Maldivian ambassador told a media outlet that his country has asked India to take back military helicopters and personnel posted there following the expiry of a pact in June.

India has had considerable influence in the Maldives, an archipelago which sits near the world's busiest shipping lane in the Indian Ocean.

However, their ties have come under strain under the government of Abdulla Yameen who is said to be pro-China, which unnerves India.

"New Delhi has long regarded the South Asian island nation as its backyard and sphere of influence, with a strong desire to tighten its grip on the capital city of Male and exclude other countries'' influence," the paper said.

"As an independent sovereign country, the island republic increasingly desires to rid itself of excessive Indian influence and maximize its interests by developing diplomatic ties with all major powers."

"The request for the withdrawal of the helicopters and personnel is an embodiment of such a desire and sends an important message to all major powers in the Indo-Pacific region," according to the article.

China, which opened its embassy in the Maldives in 2011, is involved in building big infrastructure projects in the country, which is of immense strategic significance in the Indian Ocean.

"The Maldives doesn't want to become a certain country's sphere of influence or take sides between major powers, nor other South Asian and Southeast Asian smaller nations. China opposes a spheres-of-influence order of the kind that dominated the Cold War," the Global Times said.

After laying claims on the South China Sea and building infrastructure in the contested waters, China has increasingly been sending ships to the India Ocean, which has worried New Delhi.

"Any attempt to seek or sustain a sphere of influence in the Indo-Pacific region, such as India's desire to strengthen its control over the Maldives or the US Indo-Pacific strategy, is doomed to fail, as it runs counter to the development demands of countries in the region," the article said.