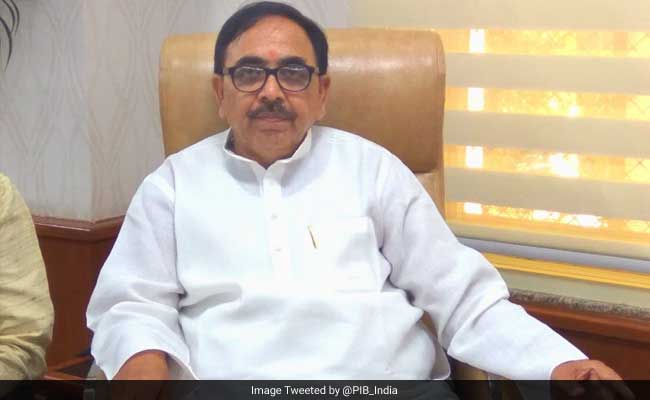 Lucknow: The BJP today named Mahendra Nath Pandey, Union Minister of State for Human Resource Development, as the next chief of its Uttar Pradesh unit. He will replace Keshav Prasad Maurya, the state's Deputy Chief Minister, who is slated to contest the Legislative Council election.

Sources said the Bharatiya Janata Party high command was trying to lure the Brahmin vote bank back to its fold as the community was feeling let down ever since a new state government led by Yogi Adityanath, a Thakur, was sworn in.

Brahmins comprise nine per cent of Uttar Pradesh's voters and are considered a crucial vote bank. There has been no Brahmin face as state BJP chief since Kalraj Mishra in the late 1990s, and Laxmikant Bajpayi who headed the state unit when the BJP won a majority in the 2014 Lok Sabha elections.