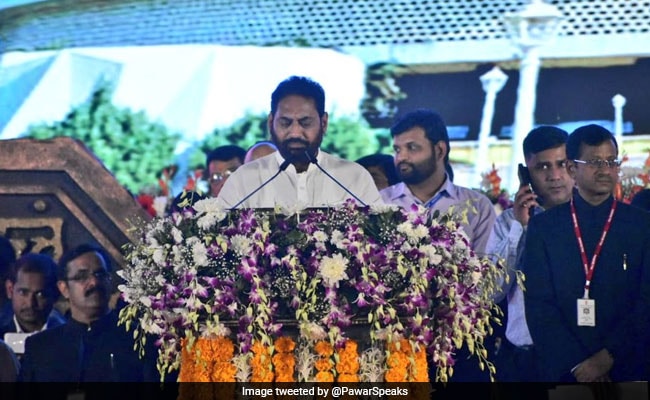 He said the Maha Vikas Aghadi (MVA) government is not opposed to giving financial aid of Rs 2,500 per hectare to farmers, who suffered crop loss due to unseasonal rains in October, as demanded by former BJP chief minister Devendra Fadnavis.

Asked about Mr Fadnavis demanding that the government announce Rs 2,500 per hectare financial assistance to farmers without waiting for the Centre's help, he said the state is not opposed to giving this relief amount to cultivators who suffered losses due to untimely rains.

"The Shiv Sena-NCP-Congress government is determined to fulfil the promises made to farmers," said Mr Raut, who was sworn-in as a Cabinet minister last week, but is yet to be allocated a portfolio.

If such a thing has happened, the Congress minister said, then Mr Fadnavis should clarify why funds meant for farmers were returned to the central government.