Maharashtra Or Karnataka? Conclave To Debate Birthplace Of Lord Hanuman

Dharma Sansad: Referring to Valmiki Ramayana a saint from Karnataka has claimed that Lord Hanuman was not born in Anjaneri in Nashik but in Kishkindha, Karnataka. 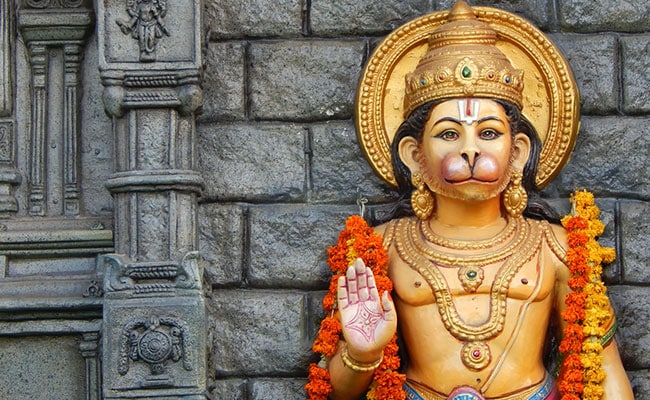 After the Gyanvapi row, a controversy has surfaced over the birthplace of Lord Hanuman. In order to resolve the issue, Swami Aniket Shastri Deshpande Maharaj of Mahant Shri Mandalacharya Peethadheeshwar has called a Dharma Sansad on May 31 in Nashik.

In the Dharma Sansad, all the sadhus across the country will put forth their views regarding the birthplace of Lord Hanuman and after that whatever decision will be taken in Sansad will be accepted by all, said Swami Aniket.

Notably, a saint from Karnataka has claimed that Lord Hanuman was not born in Anjaneri in Nashik but in Kishkindha, Karnataka.

Referring to Valmiki Ramayana, Mahant Govind Das of Kishkindha has claimed that Lord Hanuman was born in Kishkindha.

With this claim, Mahant Govind reached Trimbakeshwar, taking out a chariot, where he will hold discussions with saints in Nashik regarding the birthplace of Lord Hanuman based on scriptures.

In view of Dharma Sansad to be held on May 31, Nashik Police issued a notice to organizers to maintain law and order.