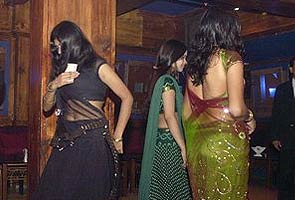 Mumbai: Maharashtra's Home Minister R R Patil continues his crusade against the opening of dance bars in the state, in defiance of last week's Supreme Court order, which lifted the 2005 ban imposed by the state government, calling it unconstitutional.

Speaking in the state Assembly today, Mr Patil reiterated his stand, saying dance bars will remain closed Maharashtra. He said the government is seeking legal opinion from the Attorney General on the matter.

Referring to the Supreme Court order, which based its judgement on the ground that the ban violates the constitutional right of the dancers to earn a living, Mr Patil said the Maharashtra government will amend the law that discriminates between dance bars and star-rated establishments.

Nearly 700 establishments across Maharashtra employed more than 75,000 women who performed Bollywood-style routines for cash in return, before the Mumbai Police in 2005 banned such performances in bars but allowed them in "elite establishments" and hotels that were of three-star standard or higher.

Promoted
Listen to the latest songs, only on JioSaavn.com
The decision, declared unconstitutional by the Bombay High Court, was then challenged by the state government in the Supreme Court which argued that the performances were vulgar and left women performers vulnerable to trafficking and exploitation.