Maharashtra Election Results: In the recently-held polls, the BJP (105) and the Sena (56) collectively won 161 seats in the 288-member House. 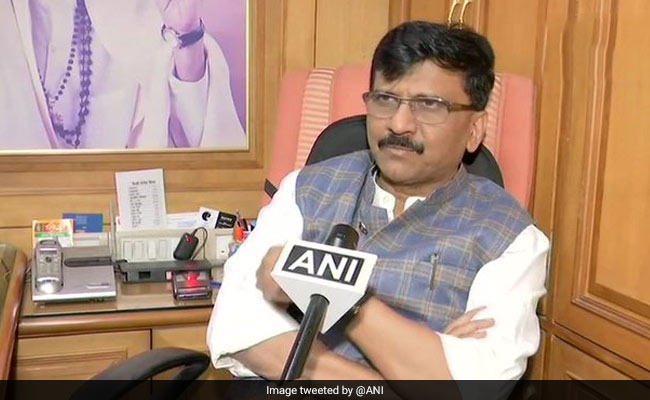 Political wrangling over formation of government in Maharashtra continued on Sunday even 10 days after the assembly poll verdict gave enough numbers to the BJP and the Shiv Sena which are unable to bury their differences over power sharing, a delay resulting into churning out of various speculations about likely political re-alignments.

For the record, the Sena on Sunday escalated its rhetoric with senior leader Sanjay Raut claiming the party would soon have its chief minister with the support of "170 MLAs".

While Mr Raut continued taking sharp barbs at the BJP, Chief Minister Devendra Fadnavis exuded confidence that the impasse will end soon and a new government will be in place.

On the other hand, Sena president Uddhav Thackeray did not commit any deadline to formation of government.

In another development, the Sena on Sunday appeared to have reached out to the NCP whose chief Sharad Pawar is scheduled to meet Congress president Sonia Gandhi in New Delhi on Monday.

Sena MP Raut sent a message to senior NCP leader Ajit Pawar which was disclosed to reporters by the latter.

The former deputy chief minister Pawar said, "This means I should call him. I will call and check."

Notably, amidst the power tussle between the Sena and the BJP, the NCP has been maintaining that it would sit in the Opposition while respecting the people's mandate.

Responding to Mr Raut's claim about the Sena having support of 170 MLAs, Mr Pawar said he was "unaware" how the Sena leader had arrived at this number.

"The Congress-NCP and other allies have a strength of 110 seats (which includes Congress'' 44 and NCP''s 54). And we have a mandate to be in the opposition," Mr Pawar said.

He also scoffed at speculation that NCP supremo Sharad Pawar was in the race for the post of Maharashtra Chief Minister.

Meanwhile, former chairman of the state minorities commission, Munaf Hakim, said Congress should persuade the Central leadership to support the Sena to form a government in the interest of farmers, minorities and other sections.

While the talks between the Sena and the BJP in limbo, the chief minister and Mr Thackeray are separately touring areas hit by unseasonal rains in the state.

Mr Fadnavis, who is under pressure to act fast as the term of the existing Legislative Assembly is ending on November 9, told reporters in Akola that a government will soon be formed.

"The deadlock will end soon and a new government will be formed soon."

He said farmers were facing a calamity due to unseasonal rains in the state and it is imperative that a government is formed soon to give them relief.

The BJP has rejected both the demands, which resulted into the formal power talks, which are yet to take off, hitting a wall.

In a column published in Sena mouthpiece "Saamana" on Sunday, Mr Raut indirectly blamed the "arrogance" of the BJP for the current political scenario.

He said the situation wouldn't have worsened had the Chief Minister visited Mr Thackeray's residence "with a large heart" and begun talks soon after the poll results were announced on October 24.

"Despite (BJP, Sena) contesting in alliance and getting mandate for government formation, the wheel of the chariot is stuck in the mud of arrogance," the Rajya Sabha MP said.

He later told reporters that talks with the BJP will take place only on the issue of the chief minister's post.

"The impasse continues. There is no discussion on government formation as yet. If talks happen, it will only be on the issue of the chief minister''s post," Mr Raut said.

He also alleged that criminal elements and government agencies were being used to coerce newly-elected MLAs for support.

"You will come to know in the coming days if the Sena will be in power," Mr Thackeray said while addressing a press conference in Aurangabad district.

Meanwhile, Union minister Ramdas Athawale, whose party RPI(A) is a constituent of the NDA, told PTI that governor Bhagat Singh Koshyari will begin consultations with political parties on government formation if nobody stakes claim by November 7.