"The Congress has insulted its own MLAs by falsely claiming the BJP was trying to lure them away," BJP leader Sudhir Mungantiwar said. 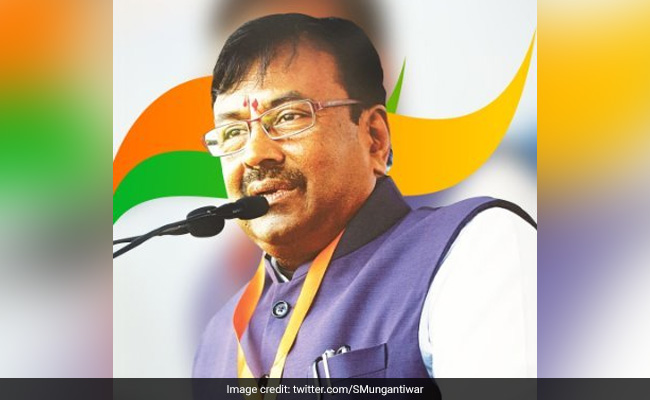 "The Congress and the NCP are spreading false information," Sudhir Mungatiwar said.

BJP leader and Maharashtra minister Sudhir Mungantiwar on Friday strongly rejected Congress allegations that the party was trying to poach its MLAs and said the accusation was an insult to legislators of the opposition party.

He asked Congress and NCP leaders to produce proof that the BJP was trying to engage in horse-trading or tender apology.

"The Congress has insulted its own MLAs by falsely claiming the BJP was trying to wean away some of them. Does it mean that the Congress has put up its MLAs for sale?" Mr Mungantiwar asked.

Asked about the delay in government formation, he said his party would not discuss details of negotiations with the Sena before the media till a deal is sealed.

"The Congress and the NCP are spreading false information. Either they should provide proof of our so called attempts to engineer defections or tender an apology for insulting their own MLAs," he said.

Leaders who make such allegations do not deserve to run political parties, he said, lashing out at the Congress and the NCP for leveling horse-trading charges against the BJP.

Earlier today, Congress leader Vijay Wadettiwar alleged that sums of "Rs 25 crore to Rs 50 crore" were being offered to MLAs to switch sides. He claimed Congress MLAs, too, have been contacted with such offers.

"Attempts are being made to lure our MLAs away with offers of Rs 25 crore to Rs 50 crore," Mr Wadettiwar alleged.

The former state BJP president admitted that the Sena was adamant on its demand to share the Chief Minister's post and equal distribution of portfolios, which has delayed government formation.

"The Shiv Sena is adamant on their one proposal. I believe the mandate is for the BJP-Sena alliance and hence there will be some solution in coming days," he said.