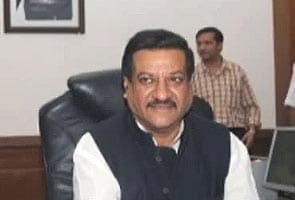 He assured them that those who killed Sonawane would be punished. Chavan also told the family that the oil mafia was being investigated.

"We have arrested the accused in this case and the investigations are going on. This cannot happen in Maharashtra, we will stop this," Chavan told reporters after meeting the family.

Eleven people have been arrested so far in connection with Sonawane's murder.

Yashwant Sonawane was burnt alive by suspected members of local oil adulteration cartel near Manmad in the Nashik district on January 25.