Maharashtra BJP Protests For Reopening Of Religious Places In State

"The state government has opened liquor shops as well as shopping outlets but not religious places. It is unacceptable," Chandrakant Patil, state unit president, said. 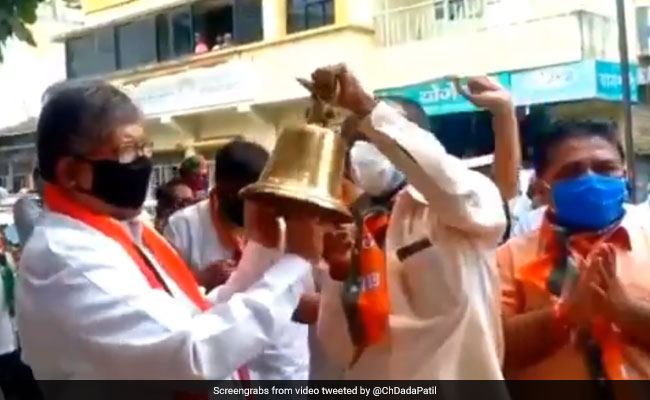 The Maharashtra unit of the BJP on Saturday staged "ring the bell" agitation across the state to press its demand that religious places be reopened.

Chandrakant Patil, state unit president, said, "The state government has opened liquor shops as well as shopping outlets but not religious places. It is unacceptable."

Party leaders and workers protested outside prominent temples and other religious places and rang bells.

Mr Patil claimed that the Union government has allowed the states to open temples and mosques (and other religious places) "but the state government remained adamant".

Former chief minister Devendra Fadnavis said that if people are willing to follow the coronavirus-related norms, the state government should not stop them from following their faith.

"People will get mental relief if they are allowed access to temples," he said.