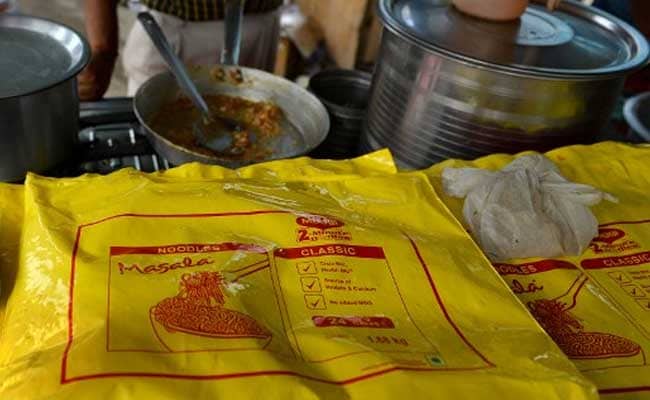 Maggi is facing a country-wide scrutiny over high content of lead and mono-sodium glutamate or MSG, a taste enhancer (Agence France-Presse photo)

Nestle India, which manufactures Maggi, has challenged the findings since the results of a first test in Uttar Pradesh hit the headlines last week.

But the Delhi government on Wednesday slapped a 15-day ban on Maggi noodles and said it would launch a criminal case against the Swiss food giant on allegations of food adulteration.

The central government followed up by ordering an investigation of a product that accounts for 15-20 percent of Nestle's revenues in India.

"We are not going to wait for all the reports to come," Mr Paswan told reporters.

"The reports that are coming out - whether they are right or wrong, that I do not know. But the issue is serious," he added.

In response, Nestle India said that it had conducted internal and external tests of 125 million Maggi packets which showed "lead levels are well within the limits specified by food regulations and that Maggi noodles are safe to eat."

Nestle's troubles have been aggravated by a separate incident in Tamil Nadu where a consumer filed a complaint after he allegedly found insect larvae in Nestle's NAN PRO-3 baby formula.

The company said on Tuesday that it had not been contacted by the consumer or the authorities in relation to this matter.

Future Group, one of India's biggest retailers, has taken Maggi noodles off its store shelves, but the product continues to be widely available at corner shops, food stands and cafes.

Sanket Chheda, owner of Bites restaurant in Mumbai, said he had seen a small dip in demand for Maggi noodles that he serves cooked.

"The dip in demand in very marginal. I'm waiting for a definitive verdict on this. Till then, I'm not thinking of taking it off the menu," he said.

Nestle could not immediately be reached for comment, but said earlier it had not yet heard officially from the authorities, besides an order from Uttar Pradesh to recall Maggi products.
© Thomson Reuters 2015