'Dancing uncle' Sanjeev Srivastava, who took the internet by storm has been appointed the brand ambassador by Vidisha Municipal Corporation 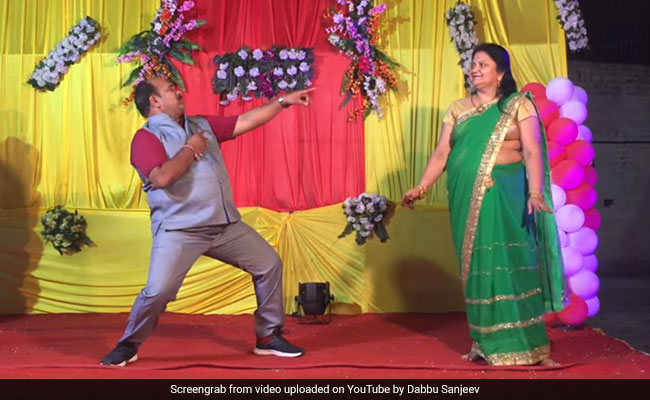 Vidisha, Madhya Pradesh: The 'dancing uncle' who took the internet by storm has been appointed the brand ambassador by Madhya Pradesh's Vidisha Municipal Corporation on Saturday. Professor Sanjeev Srivastava, 46, teaches electronics at a local college. He claims to be a die-hard fan of actor Govinda for more than three decades.

From WhatsApp to Twitter and Facebook, Mr Srivastava's Govinda-style dance moves have grabbed the attention of netizens for the last three days.

Mr Srivastava is in awe about his sudden fame. "This is an unreal feeling. I can't believe my dance video has gone viral. I thank everyone for the love and support. I have been dancing since 1982 and my idol is Govinda ji. Now I hope to get more opportunities," Mr Srivastava said on Sunday.

Chief Minister Shivraj Singh Chouhan took to Twitter and said "there's something special in the waters of Madhya Pradesh" that the professor's electric dance moves have gone viral across the country. 'Dancing uncle' Sanjeev Srivastava perfecting his Govinda moves
Mr Shrivastava says his phone has not stopped ringing for the last two days. He's getting so much attention from journalists across the country that a childhood friend has turned manager, handling interview requests and arranging photo ops. "Just now we got a call from Suniel Shetty. I have attended more than 100 calls in just an hour. It's kind of crazy," he Mr Srivastava told NDTV on Saturday.

Promoted
Listen to the latest songs, only on JioSaavn.com
Two days ago, clips of Mr Shrivastava dancing to "Aap Ke Aa Jane Se" from the 1987 film "Khudgarz" starring Govinda and Neelam started going viral. The video was shot on May 12, during the sangeet, as a part of his brother-in-law's wedding ceremony in Gwalior. In the latest clip, Mr Shrivastava is seen dancing on the song "Soni De Nakhre" from the movie "Partner" starring Salman Khan and Govinda.