Woman Forced Out Of Home For 25 Lakh Dowry, Gets Triple Talaq On WhatsApp

Earlier in June, the accused told the woman that she would have to bring Rs 25 lakh from her parents if she wanted to stay with him, and later forced her to leave the house, the woman alleged in her complaint. 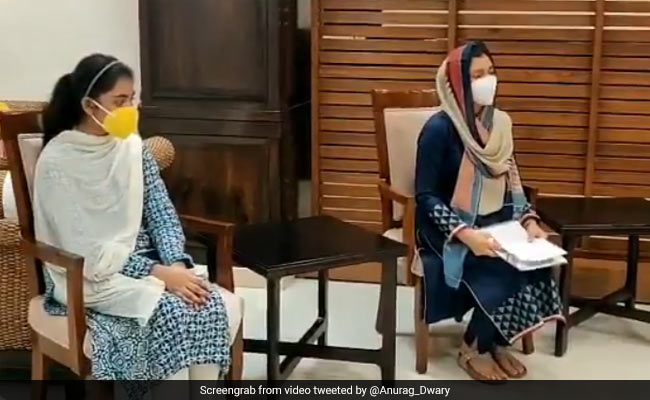 A woman from Bhopal in Madhya Pradesh has accused her husband of divorcing her by uttering triple talaq over a WhatsApp call, police said. The incident happened on July 31, the 42-year-old woman stated in her complaint.

The woman, in her complaint, also alleged that her husband often harassed her for dowry.

Madhya Pradesh Chief Minister Shivraj Singh Chouhan has taken note of the complaint and assured justice to the woman.

"A Muslim sister in Bhopal has filed an FIR with the police on the issue of her husband sending her a message of Triple Talaq on her mobile for divorcing her. I assured her that Madhya Pradesh police will make all possible efforts to ensure that she gets justice" Mr Chouhan tweeted.

Earlier in June, the accused told the woman that she would have to bring Rs 25 lakh from her parents if she wanted to stay with him, and later forced her to leave the house, the woman alleged in her complaint.

The woman then returned to her mother's house in Bhopal.

He also didn't let her take the children along, the woman told the police.

On July 31, the man called her brother and told him that she was giving him a lot of trouble, so he was divorcing her by uttering talaq thrice right away, the police said.

The accused married the woman in 2001 and they have two children. The man is currently employed at a posh hotel in Bengaluru, they said.

The family shifted to Bengaluru in 2013.

"I have spoken to the Director General of Police (DGP) on the issue and asked him to coordinate with the Bengaluru police for taking proper action for getting justice to the Muslim sister," the Madhya Pradesh Chief Minister said in another tweet.

Triple talaq is prohibited under the Muslim Women (Protection of Rights on Marriage) Act, 2019.