While senior citizens constitute less than 8% of Madhya Pradesh's population, the National Crime Records Bureau ranks the state as the second most unsafe state for elderly citizens. 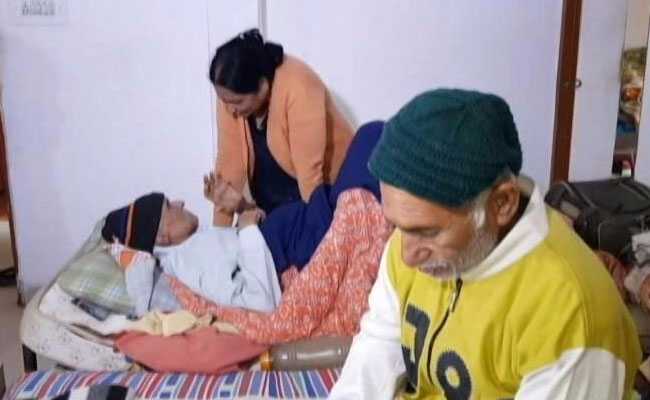 Bhopal: Madhya Pradesh is planning to bring a law aimed at ensuring all state government employees care for their aging parents failing which a part of their salary will be deducted each month and used for their parents' well-being.

85-year-old Krishna Murari Sharma can barely walk. Once a lawyer, he has been unwell for weeks now. He has four children but none is willing to look after him. Left with no choice, he has been living at a charitable old age home "Apna Ghar" in Bhopal for the past three years. Speaking in support of the proposed law he said, "They killed my dreams. Barely 13 days after my wife passed away my children asked me to leave."

Social Justice Minister Gopal Bhargav said, "We do have laws to punish those who desert their aging parents but we are also working towards a legislation which would mandate the deduction of 10 percent of employees' salaries to provide for their respective parents in case they fail to bear such responsibilities."

The Maintenance and Welfare of Parents and Senior Citizens Act was enacted in 2007 to provide effective provisions for the welfare of parents and senior citizens. The maximum monthly maintenance payable as per the law is Rs 10,000 and non-compliance can lead to a 3-month jail term and a fine of Rs 5000.

But according to activists like Madhuri Mishra, abandoned parents often do not exercise this legal option. "We do have a maintenance act, but sometimes parents buckling under emotion surrender themselves as they feel their children should not be punished," she said.

While senior citizens constitute less than 8% of Madhya Pradesh's population, the National Crime Records Bureau ranks the state as the second most unsafe state for elderly citizens.
Comments
Maintenance and Welfare of Parents and Senior Citizens Act-2007Madhya Pradesh