Madhya Pradesh had last year approved the provision of capital punishment for those found guilty of raping girls aged 12 or below. 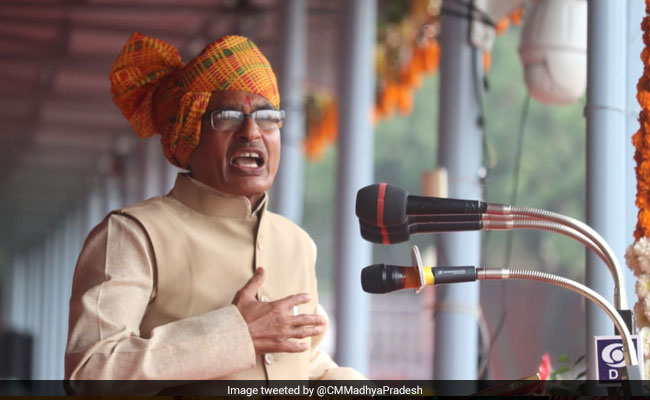 Madhya Pradesh is the first state to pass a bill for hanging rapists of minor girls: Chief Minister

Madhya Pradesh Chief Minister Shivraj Singh Chouhan today said the state has become a "role model" in dealing with rape cases of minors and 10 accused in such offences have been awarded the death sentence.

The earth needs to be rid of such "demons", he said after hoisting the national flag at the Independence Day function in the Motilal Nehru Stadium in Bhopal.

The state had last year approved the provision of capital punishment for those found guilty of raping girls aged 12 or below.

"One thing saddens us is that on one hand we are hiring girls in police (department) for their empowerment, and on the other, demons are taking birth who rape innocent and minor girls," Mr Chouhan said.

"The demons are a curse on the earth. We have to free this planet of them," he asserted.

He said Madhya Pradesh is the first state to pass a bill for hanging rapists of minor girls.

"Madhya Pradesh has become a role model by awarding death sentence to more than 10 such offenders," he said, adding 50 special courts have been set up in the state to conduct trials in rape cases.

At least 10 rapists of girls aged 12 or below have been awarded the death sentence by various courts in the state since February this year.

A court in MP's Shahdol district had sentenced a 23-year-old man to death on February 28 for raping and killing a four-year-old girl.

Yesterday, a 40-year-old man was sentenced to death by a court in the Sagar district for raping a 10-year-old girl.

Prime Minister Narendra Modi today called for giving wide publicity to cases in which rapists were awarded the death sentence, saying it would instill fear in people with a "demonic mindset".

He spoke about fast-track trial of rape cases in Madhya Pradesh and Rajasthan where convicts were condemned to death within days, and said such cases need to be given wide publicity to deter people from committing such crimes.

Madhya Pradesh accounted for the highest 4,882 rape cases out of 38,947  recorded across the country in 2016, as per the National Crime Record Bureau's last report.

The state recorded 2,479 rape cases of minor girls, followed by Maharashtra and UP with 2,310 and 2,115 such cases respectively, the NCRB report said.

"After panchayat, provisions have been made for reservation to women in government jobs," he said.

Women are getting 50 per cent reservation in teaching jobs and 30 per cent in various other fields, except the Forest Department, he said.

Mr Chouhan also said 500 additional seats have been created in MBBS courses to overcome the shortage of doctors in the state.

Efforts are on to improve the health services in MP, he said, adding medical colleges will be opened in Datia, Vidisha, Khandwa and Ratlam districts.

Also, sanctions have been granted to open two more medical colleges in the Seoni and the Chhattarpur district, he added.