In a tweet, Vishvas Kailash Sarang slammed the Opposition for "creating an atmosphere of fear" 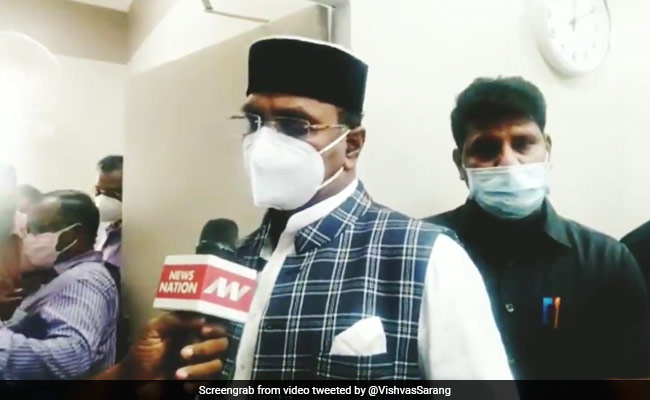 Madhya Pradesh saw no deaths due to oxygen shortage during the second wave of the COVID-19 pandemic and the Centre's statement made in Rajya Sabha that there were no such fatalities in the country is a fact, state Minister for Medical Education Vishvas Kailash Sarang said today.

Speaking to reporters here after meeting Tamil Nadu Medical and Family Welfare Minister Ma Subramanian, the Madhya Pradesh Minister thanked the Centre for its efforts to address the demand for oxygen, including the use of IAF flights.

"In our state, no death has happened anywhere due to oxygen shortage. Like the Central Minister said in the House, that is the truth," he said in an apparent reference to the written reply of Minister of State for Health Bharati Pravin Pawar in Rajya Sabha on Tuesday.

"The truth is that deaths have not happened due to oxygen shortage...during corona time, we procured 600 metric tonne (of oxygen) per day while our maximum consumption was 457 metric tonne," Mr Sarang said.

"The record speaks (for itself) and I want to thank the centre for providing the facilities regarding oxygen procurement, including (pressing) military flights and trains," he said.

In a tweet, he slammed the Opposition for allegedly creating an atmosphere of fear and said it was wrong. "Neither has there been any death in Madhya Pradesh due to oxygen shortage nor is there any shortage of (Covid) vaccine," he tweeted.

Meanwhile, Mr Sarang said he made a "courtesy call" on Mr Subramanian and Tamil Nadu Health Secretary J Radhakrishnan, adding that he had a "detailed" discussion with them on the possible third
Covid wave. In a separate statement, Mr Subramanian said Mr Sarang enquired about Tamil Nadu's Covid control measures and praised them.