In the video shot from a distance, the man is seen hitting the dog, which is screaming with pain, with a sharp-edged tool and then chopping off its leg 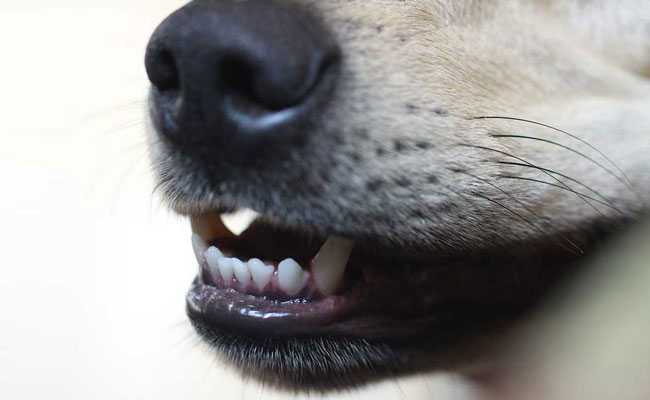 A man killed a stray dog after it bit his son in Madhya Pradesh's Gwalior district, police said on Wednesday. The incident took place about a month back in Simariatal village, while a video of the animal killing surfaced on social media on Sunday, following which an animal activist filed a police complaint, Dehat police station in-charge Anand Kumar said.

In the video shot from a distance, the man is seen hitting the dog, which is screaming with pain, with a sharp-edged tool and then chopping off its leg.

An activist of the People for the Ethical Treatment of Animals (PETA) demanded action from Gwalior police. Superintendent of Police Amit Sanghi said a first information report, or FIR, has been filed against the man following the complaint.

"According to villagers, Sagar Vishwas was angry as the dog had attacked his son and bitten off flesh of the boy's jaw. The dog had also bitten at least five others in the village," Mr Kumar said. A notice will be issued to him to appear before a court, he said.

Based on a complaint by an NGO People for Animals (PFA) activist Chhaya Tomar, police filed the FIR against the man under the Indian Penal Code and the Prevention of Cruelty to Animals Act.

PETA activist Meet Ashar and PFA's Priyanshu Jain said the incident was caught on a video that went viral on social media platforms.

PETA in a statement said it is learnt that the man killed the dog by repeatedly beating the animal with a rod and then chopping off its leg with a knife. "PETA India commends the Gwalior police for taking steps to send across the message that cruelty to animals will not be tolerated," Meet Ashar said.

Ms Jain said they had never come across such an act of cruelty against an animal in Madhya Pradesh. "The accused needs mental evaluation and counselling. Cases like these signify the need for stronger laws against animal abuse," Ms Jain said.