While quotas have been successful in increasing the numbers of women in parliament, it's important women are placed in winnable seats, experts say. 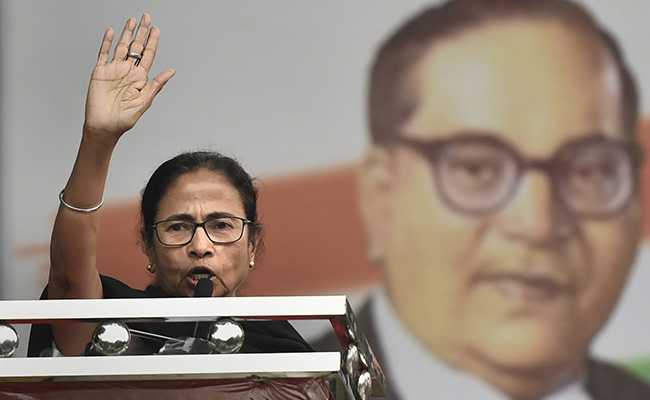 India's regional parties have done what two decades of governments in New Delhi could not -- instituted a quota system to lift more women into parliament.

The All India Trinamool Congress in West Bengal -- the country's fourth most populous state -- has committed to fielding more than 41 percent female candidates in next month's federal election, while Biju Janata Dal, in Odisha, said its tickets will feature over 30 percent women. Their actions will intensify pressure on Prime Minister Narendra Modi's Bharatiya Janata Party and the opposition Congress to do the same.

The development is also likely to ease the way for reserving a third of seats in the 543-member lower house of parliament for women -- a move that's been pending for more than two decades. The Women's Reservation Bill, first introduced in 1996, would bring more women into the political mainstream in a country where policy makers have effectively failed to keep female citizens safe.

"If the quota bill is passed in next five years, the gender imbalance in politics can be largely done away with in a decade," Praveen Rai, political analyst at New Delhi-based think tank Center for the Study of Developing Societies, said by phone. "National parties have been extremely poor in fielding women candidates," Rai said. In that context, the "announcement by the two regional parties is huge." 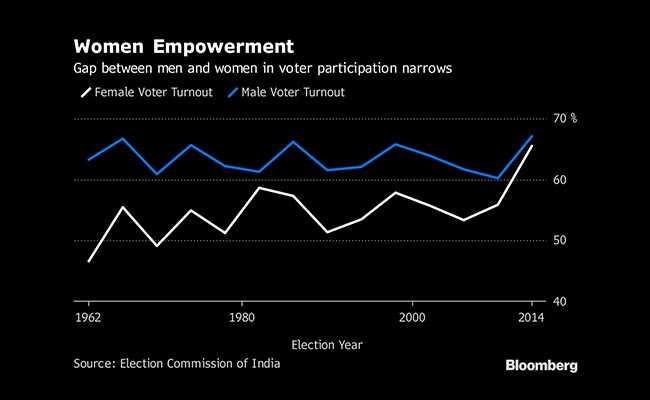 But their success has not translated into a critical mass of women in parliament. India is ranked 149th of 193 nations in 2018 on the percentage of women in lower house, according to data released by Inter-Parliamentary Union.

In the world's second most-populous nation -- with a skewed sex ratio of 933 females per 1000 males -- female representation in politics has been an obvious casualty.

World Bank data shows the proportion of seats held by women in the lower house of parliament increased to just 11.8 percent in 2018 from five percent in 1990.

That's worse than the growth in countries like Afghanistan, which witnessed a jump to 27.7 percent from 3.7 percent and Nepal, where women's representation rose from 32.7 percent from 6.1 percent.

The imbalance, experts believe, can be alleviated by implementing gender-based reservations. "Women can't play a big role in politics without mandatory quotas," Nisha Agrawal, a women's rights activist and former chief executive officer of Oxfam India. "We are talking about sharing power, which doesn't happen without a push." 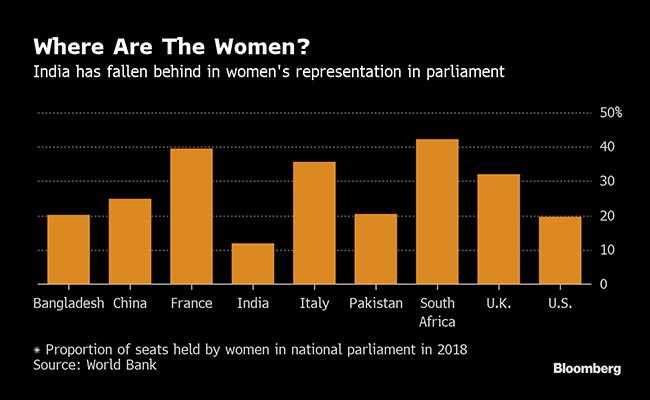 Congress would not be drawn on how many female candidates it would field in this election, although its spokeswoman, lawmaker Sushmita Dev, said the party ran 60 women candidates in 2014 compared to the 38 for the BJP. Leader Rahul Gandhi promised 33 percent reservation for women in government jobs if his party forms government. He also committed to pass the women's reservation bill in the lower house.

BJP spokeswomen and lawmaker Meenakshi Lekhi did not respond to calls and a message seeking comment.

Opponents of the women's reservation bill, mainly parties that draw their support from poor rural regions, argue it will deepen the country's class divide and fail to boost representation among the least empowered. In the past, lawmakers have torn copies of the legislation when it was introduced to the parliament.

More than 120 countries have quotas which have doubled and sometimes tripled women's representation in parliaments.

In Australia, the Labor Party first set targets for women lawmakers in 1994, with a quota of 30 percent. The party expects to have just under 50 percent female representation in parliament after an election in May, which polls suggest it will win. The Liberal-led coalition, which has long resisted quotas, has 22 percent female lawmakers.

While quotas have been successful in increasing the numbers of women in parliament, it's important women are placed in winnable seats, said Katrine Beauregard from the school of politics and international relations at the Australian National University in Canberra.

Studies from France, the U.K. and Latin America indicate these women perform as well as men and women who were not elected via a reservation system. "Quotas do not impact the quality of representative," said Beauregard. "There already are very qualified women, the quotas just force parties to find them."

(Except for the headline, this story has not been edited by NDTV staff and is published from a syndicated feed.)
Comments
Lok Sabha elections 2019Women's Reservation Bill

Night Curfew To Continue Beyond May 31 In Rajasthan: Chief Minister