According to the Congress chief, the two opponents in this ideological fight are progressive forces in the country and the BJP-RSS government at the centre. 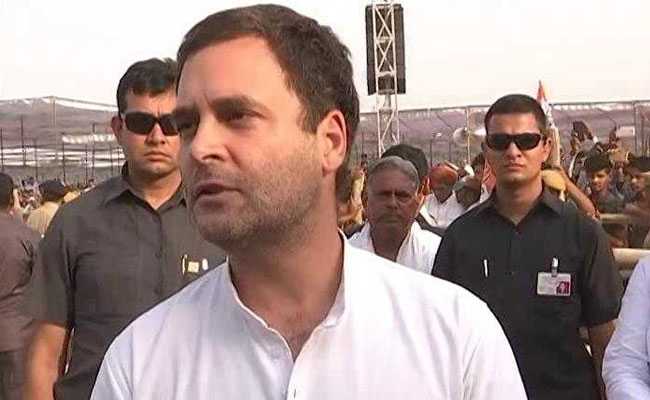 Rahul Gandhi has repeatedly said that he harbours nothing but love for PM Modi.

For Congress president Rahul Gandhi, the ongoing Lok Sabha elections are more an ideological fight between progressive forces and those "trying to control the country" than just another democratic exercise to elect a popular government at the centre. He expressed this view during an interview with NDTV while campaigning in Madhya Pradesh for the last two phases of the polls.

The two opponents in the fight, according to him, are the progressive forces in the country (alluding to the Congress and like-minded parties) and the BJP-RSS government at the centre. "We are fighting against an ideology that's a threat to the constitution... Wherever I go, the people of the country are saying that there is a force trying to control the country," Mr Gandhi said.

The Congress president claimed that Prime Minister Narendra Modi's disposition is at odds with that of the country. "Ours is a country that's filled with love, but he is filled with personal hatred. I meet him with love at public functions, but even then he doesn't reply. I talk to him respectfully. He doesn't talk even then," he said, adding that PM Modi has shown him how not to run a country.

He also claimed that the Narendra Modi government's policies over the last few years have backfired repeatedly, making him fall out of public favour. "Five years ago, people used to say that nobody can defeat Narendra Modi. But we didn't back down. We fought in parliament, we fought on the ground. Now he's feeling scared. Today, nobody is saying that Narendra Modi will win," he told NDTV.

Mr Gandhi has often claimed that despite their political differences, he has nothing but love for the Prime Minister. Even PM Modi's recent reference to Rajiv Gandhi as "corrupt no. 1" had failed to draw anything more than a restrained rebuke from the Congress president. "Modiji, your karma awaits you, Projecting your inner beliefs about yourself onto my father won't protect you," he tweeted, signing off with "all my love and a huge hug".