Questions Raised Over Movement Of EVMs In UP, Bihar After Videos Surface

The Election Commission said the EVMs were maintained in "proper security and protocol".

Allegations of Electronic Voting Machines (EVMs) being tampered with or being transported in private cars in parts of Uttar Pradesh, Bihar, Punjab and Haryana surfaced this morning along with video clips that the opposition said reinforce concerns about voting machines just ahead of the counting of votes in the national election on Thursday.

A mobile phone clip that emerged on Monday from the Chandauli parliamentary seat shows EVMs being off-loaded and put in a room inside what appears to be a counting centre. Supporters of the Samajwadi Party candidate in Chandauli, who filmed the video, can be heard questioning why the voting machines were being off-loaded a day after polling and why they were not brought in earlier.

The administration says the machines seen in the video are about 35 reserve EVM units from an assembly segment in Chandauli. Officials said these voting machines reached the storage room and the counting centre later than the other EVMs because of "logistical issues". According to the rules, reserve EVMs should be deposited at the same time as the machines used in voting.

In eastern Uttar Pradesh's Ghazipur, the Bahujan Samaj Party (BSP) candidate held a sit-in outside the storage room for electronic voting machines (EVMs) last night. Afzal Ansari and his supporters claim there was an attempt to take out a vehicle full of voting machines. The police and the district have denied the allegations. Afzal Ansari is the brother of jailed Uttar Pradesh strongman Mukhtar Ansari, who has a number of cases against him.

Afzal Ansari's opponent in Ghazipur is Union Minister Manoj Sinha of the BJP. The sit-in ended after the returning officer of the district assured the protestors that arrangements are in place to have representatives of the candidates at vantage points around the EVM strongrooms and that there will be complete transparency.

The apprehensions regarding EVMs are baseless. EVMs are in strong room with 247 CISF security. And candidates have been allowed to post their agents to monitor the strong room. 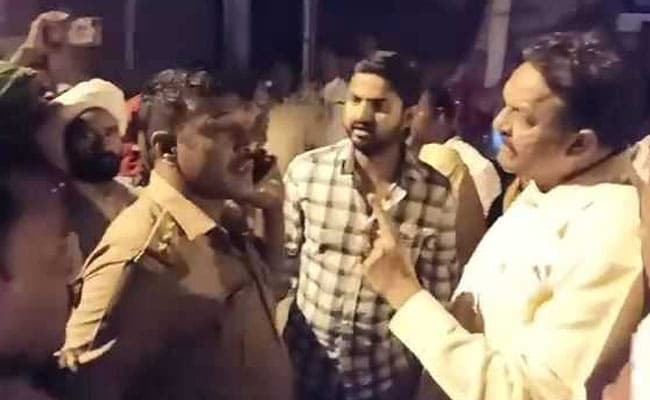 Ghazipur's BSP candidate Afzal Ansari and his supporters were seen having a heated exchange with a police officer.

The Election Commission called the allegations "frivolous" said the voting machines were maintained in "proper security and protocol".

Ghazipur and Chandauli voted on Sunday, in the final round of the seven-phase election.

Last Tuesday, workers of the Samajwadi Party and Bahujan Samaj Party, who fought the polls together, 'caught' a mini-truck full of EVMs being taken out of the compound of a storage room in eastern Uttar Pradesh's Domariyaganj seat. The alliance workers said this was an attempt by the BJP to tamper with the voting machines. After protests, the voting machines were taken back into the counting centre compound.

The local administration claimed these were extra EVMs sent to them before the sixth round of voting and that they were being taken to districts voting in the seventh phase.

In Domariyaganj, a district official reportedly called an election team on his phone through the loudspeaker and tried to get them to acknowledge that the transfer of EVMs was happening per their orders but the local election body official on the other side apparently said he wasn't aware. 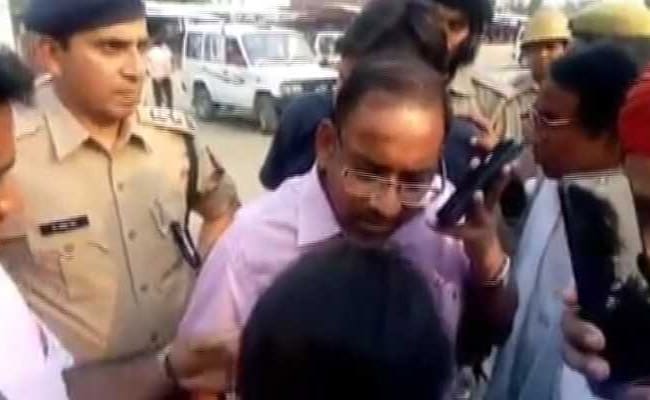 A senior official in Uttar Pradesh's Domariyaganj reportedly tried to get an election body official to acknowledge that the transfer of EVMs was happening per their orders.

Similar allegations have come up from Jhansi, Mau, Mirzapur, parts of Haryana, Punjab and Bihar.

"All these EVMs that were being transported. There were no unknown persons involved. In Jhansi, a city magistrate was there. In all other instances a Sub Divisional Magistrate and tehsildar were in the know and were taking these EVMs . No unauthorised vehicle or person was involved," Uttar Pradesh's Chief Electoral Officer Lakku Venkateshwarlu said.

Visuals and claims of sudden movement of EVMs observed across the north India! Why is it so? Who is transporting these EVMs & Why? What is purpose and objective of this exercise? In order to avoid any confusion & misconception, Election Commission must issue a statement ASAP.

The RJD's allegations have been refuted by the administration, which said the machines were for training.

The videos and the allegations have emerged just ahead of a meeting of 21 opposition parties, including the Congress, with the Election Commission this afternoon to flag their concerns about Electronic Voting Machines and the VVPAT (Voter Verified Paper Trail Machines).

According to an order by the Election Commission in December last year, all EVMs that were used for voting and reserve EVMs "shall be under cover of armed police at all times" after polling process is over. The order says "reserve EVMs should also be returned at the same time when the polled EVMs are returned at the receipt center".