Lok Sabha Elections 2019: The Congress had announced Priyanka Gandhi Vadra's political debut last month. She was made the party's general secretary in charge of the eastern part of Uttar Pradesh 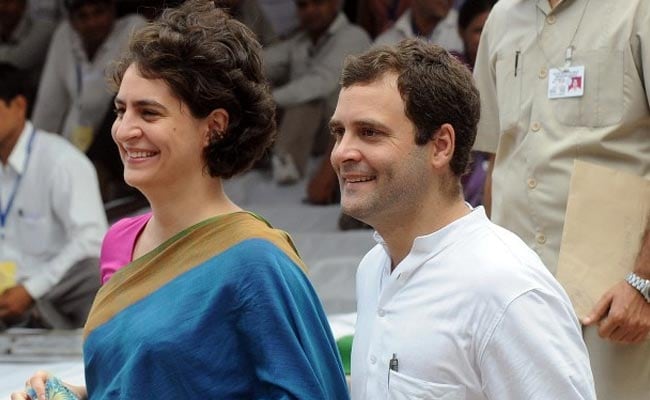 Rahul Gandhi had said that his sister's mission was to revive the Congress' ideology in Uttar Pradesh.

Priyanka Gandhi Vadra, who joined politics last month, returned from her trip abroad on Monday and met brother Rahul Gandhi at his Tughlaq Lane home in New Delhi. She also reportedly met other Congress leaders and discussed the election strategy for eastern Uttar Pradesh. Jyotiraditya Scindia, who is the Congress in-charge for western Uttar Pradesh, and other leaders like Raj Babbar and KC Venugopal were present at the two-hour meeting.

Many prominent Congress leaders from Uttar Pradesh were telephoned during the meeting and were asked about the welfare measures and development works being carried out ahead of the national elections, due by May, news agency ANI reported.

Priyanka Gandhi Vadra will also be part of another Congress meeting in the capital on Thursday.

On Saturday, Congress president Rahul Gandhi will hold a meeting to review the party's election preparedness.

Congress had officially announced Priyanka Gandhi Vadra's entry into politics last month. She was made the party's general secretary in charge of the eastern part of Uttar Pradesh, which pits her against Prime Minister Narendra Modi - whose constituency Varanasi will be in her share - and Chief Minister Yogi Adityanath.

She had earlier confined herself to campaigning in Amethi and Raebareli - the constituencies of her brother and mother Sonia Gandhi.

Priyanka Gandhi Vadra, 47, had always been active in decision-making and played a key role in the Congress's alliance with the Samajwadi Party in the 2017 Uttar Pradesh election.