Lok Sabha Elections 2019: Priyanka Gandhi Vadra said, "Money is being distributed here. The Congress has distributed its election manifesto among the public, but the BJP is not distributing manifestoes, it is distributing Rs 20,000 to village pradhans." 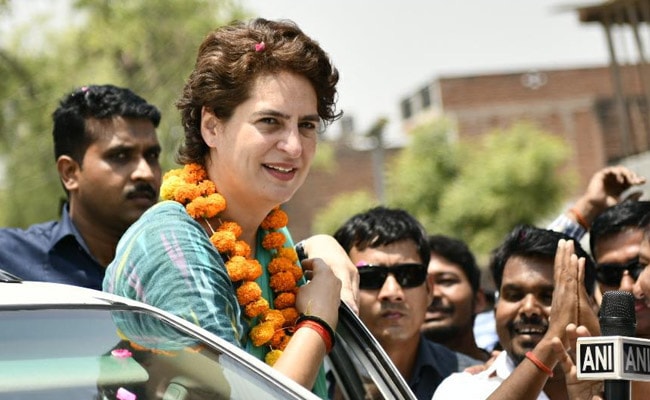 Congress general secretary Priyanka Gandhi Vadra Saturday attacked the BJP, alleging that the party was distributing Rs 20,000 to village heads in Uttar Pradesh's Amethi, instead of handing out its election manifestoes.

Priyanka Gandhi Vadra also attacked Union minister Smriti Irani, who is contesting from Amethi on BJP ticket. "She is doing drama in your constituency. She has herself come here 16 times, while your MP has visited the place twice as much. He has even stayed in villages," the Congress leader said.

"She comes here with the media and distributes shoes. She wants to insult you. She has been unable to understand what the public of Amethi wants," she said.

Priyanka Gandhi Vadra also said farmers were in debt, and about 12,000 of them had committed suicide. "Insurance premium worth Rs 10,000 crore paid by the farmers goes into the pockets of big industrialists," she claimed.

She took a dig at BJP leaders over the issue of stray animals and asked whether any of them had come to the people's agricultural fields to do ''chowkidaari'' and safeguard them from stray animals.