Lok Sabha Elections Phase-4 voting: Seventy two Lok Sabha seats across nine states, including 17 seats in Maharashtra, are voting in the fourth phase of national elections which began on April 11; results will be declared on May 23.

Billionaires and Bollywood stars urged Indians to go out and vote as they took their turn to cast ballots in the fourth phase of the national elections today.

Actor Priyanka Chopra, Congress candidate from Mumbai North and actor-turned politician Urmila Matondkar, BJP lawmaker and actor Paresh Rawal and seasoned actors Rekha and Madhuri Dixit Nene were among the early celeb voters who reached election booths in Mumbai this morning to cast their votes as polling began in all six seats of country's financial capital.

"Every vote is a voice that counts," Priyanka Chopra tweeted after casting her vote and shared a picture of her inked finger.

This is the moment that matters....  Every vote is a voice that counts. #LokSabhaElections2019pic.twitter.com/L0AHJLL4uY

Madhuri Dixit, who voted at a polling booth in Juhu, urged citizens to "vote wisely". "Voting is our right, let's use it wisely! The future of our country is in our hands. Let's do our duty and #VoteForIndia. (sic)," she tweeted.

Voting is our right, let's use it wisely! The future of our country is in our hands. Let's do our duty and #VoteForIndiapic.twitter.com/TrFUVEFWJS

Actor Aamir Khan, along with his wife and filmmaker Kiran Rao, visited the polling booth at St. Anne's High School in Bandra just before 10 am. "It's an extremely important day for all of us. It is very important for each and every individual to be part of this. There should be love, prosperity and progress in the country. People should keep this in mind and come out to vote," he said after casting his vote.

Deepika Padukone shared a photo of her inked finger on Instagram:

Never has there been any doubt in my mind about who I am or where I'm from.So for those of you confused on my behalf...please don't be!Jai Hind!🙏🏽 #proudtobeanindian #govote 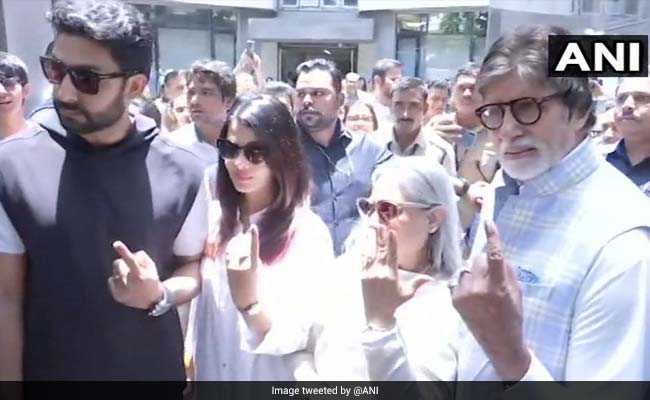 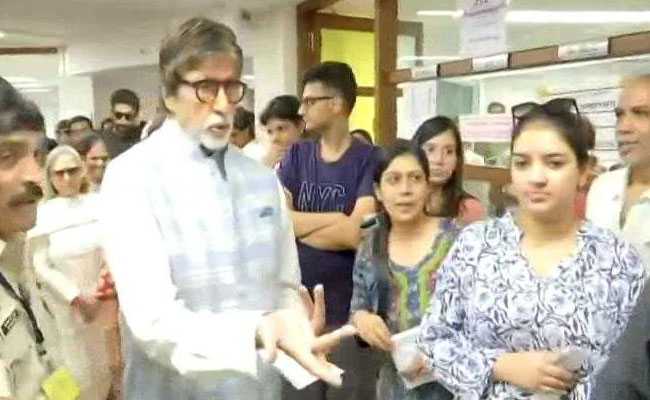 Veteran actor Amitabh Bachchan at a polling booth in Juhu.

Actor and producer Ajay Devgn was seen casting his vote at a polling booth with wife Kajol. 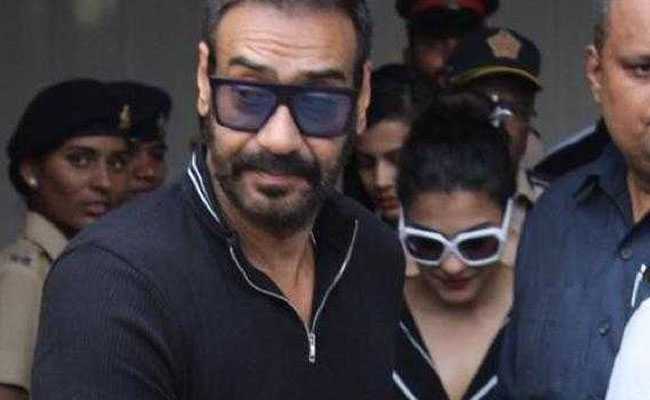 Former Chairman of Film and Television Institute of India and actor Anupam Kher, after casting his vote, tweeted a video and urged people to "participate in the festival of democracy". 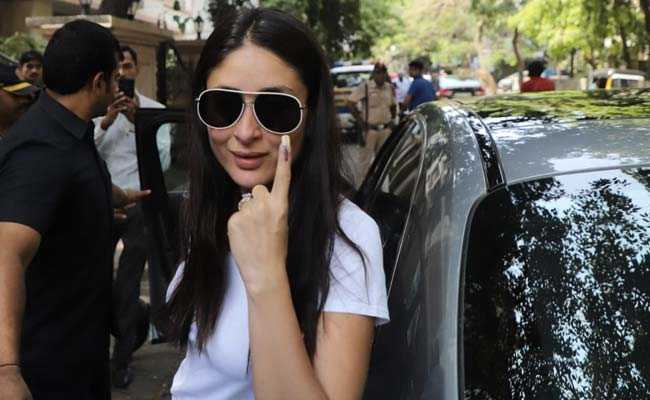 Varun Dhawan, who made his Bollywood debut in Karan Johar's "Student of The Year" also voted before 12 pm. "Be Cool. Go Vote," he tweeted.

Among other actors who voted this afternoon are superstar Salman Khan, Vidya Balan, and Ranveer Singh and Ranbir Kapooor. 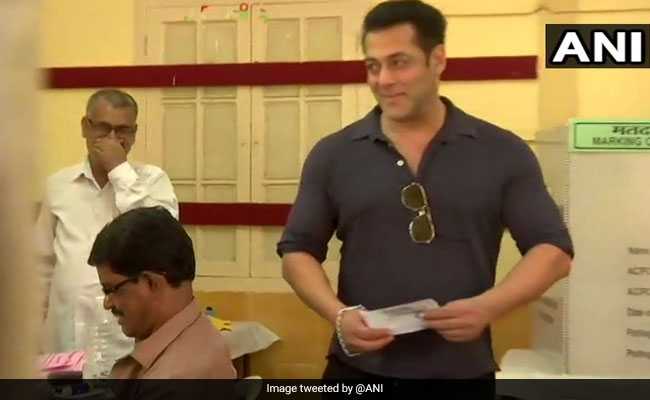 Salman Khan votes at a polling booth in Bandra. 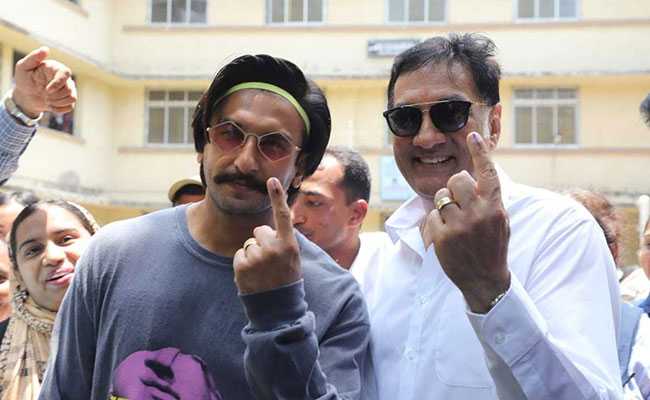 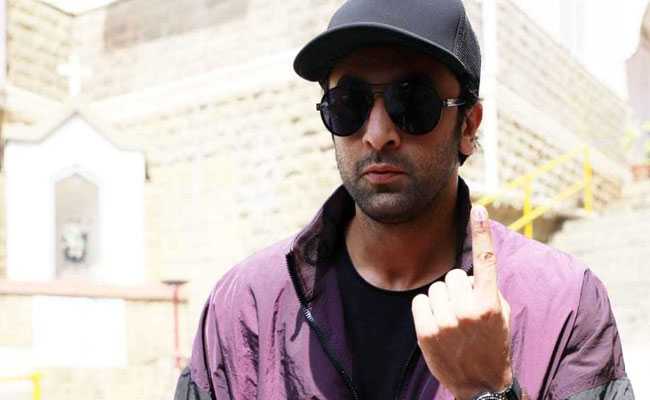 Anand Mahindra, chairman of Mahindra Group, after casting his vote at a polling booth in Malabar Hill area told ANI: "We all have been infected by the virus of progress and growth. Even if a coalition government comes, it should work towards progress and growth of the country."

Reserve Bank of India Governor Shaktikanta Das, also one of the early voters, voted at an election booth in Peddar Road near his official residence.

HDFC chairman Deepak Parekh said employment generation is one of the key issues in the elections as he voted at a polling booth in South Mumbai's Peddar Road. "Whoever comes to power will have to spend some time on infrastructure issues. Jobs are being created but in service sector, not in manufacturing. We need land and labour reforms also which are pending for some time," Mr Parekh told news agency ANI after casting his vote.

BJP lawmaker Paresh Rawal, earlier in the day, appealed to the people to "come out and vote". "We will be idiots if we keep complaining about problems and don't vote. It's important to vote. I appeal to voters to come out and vote," he told news agency ANI.

Have you? Returned from shooting in Hyderabad to do this. Catching a flight out in two hours. #DanceOfDemocracy#MayTheBestIdeasWinpic.twitter.com/KCTqwLEToq 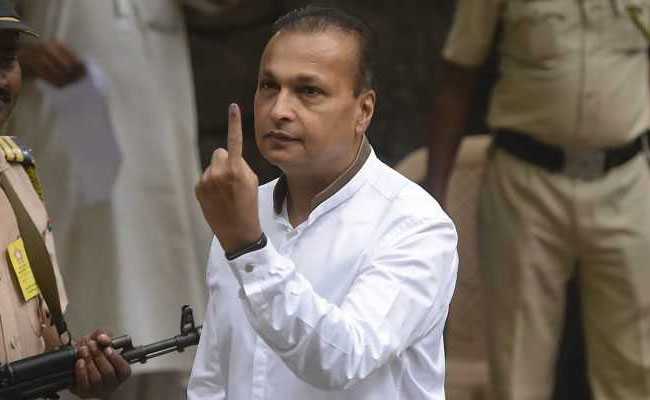 Mumbai, the Maximum City, is witnessing high-profile contests in three of the six parliamentary constituencies voting today. In Mumbai North-Central, BJP's Poonam Mahajan is contesting against Congress's Priya Dutt; Urmila Matondkar has been fielded by the Congress against BJP lawmaker Gopal Shetty in Mumbai North. Congress leader Milind Deora, who has received endorsement from industrialists Mukesh Ambani and Uday Kotak among others, is contesting from Mumbai South against Shiv Sena Sena's sitting lawmaker Arvind Sawant.

Ms Matondkar, who joined Congress last month, told NDTV she is "not scared" as she makes a political debut. "I am not scared, rather I am excited. This is not just a test for me but the voters too... they have to make a wise decision to ensure a bright future," the actor-turned politician she told NDTV. She also tweeted a picture where she is showing her inked finger.

Nothing feels better than making a contribution towards your country and carrying out your civic duty of Casting a Vote. Do your duty. ???? pic.twitter.com/DPB7gW5gb8

Seventy two Lok Sabha seats across nine states, including 17 seats in Maharashtra, are voting today in the fourth phase of seven-phased national elections which began on April 11; results will be declared on May 23.