Lok Sabha elections 2019: Upset over the BJP not giving a ticket to her, Kavita Khanna said she was told to prepare for fighting the election, only to miss the ticket 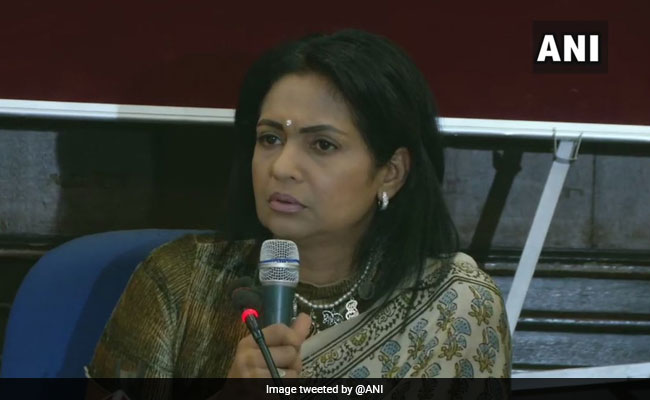 Kavita Khanna, the wife of late actor-turned-politician Vinod Khanna, on Saturday said she would support the BJP though she has made her protest clear on not being given a BJP ticket to contest the national election from Gurdaspur seat. The ticket has gone to actor Sunny Deol.

"It is my decision that I'm not going to make this a personal issue. I am making a personal sacrifice and will put my entire might and support behind Prime Minister Narendra Modi," Ms Kavita told reporters in New Delhi, news agency ANI reported.

Upset over the party not giving a ticket to her, Ms Khanna said she was told to prepare for fighting the election, only to miss the ticket.

"Everyone agreed that what the party did to me was wrong, they all felt it was my right to contest (from Gurdaspur). I felt very hurt. I understand it is the party's right to decide who the candidate will be, but there is a way of doing it," she said.

"They didn't even inform me that they had chosen another candidate. I felt abandoned, rejected and was made to feel insignificant," said Ms Kavita, ANI reported.

"It was very upsetting that I was asked to make all preparations but in the end, the ticket was given to someone else. For one and a half month I was with the cadre, I got my papers ready. I had faith in the Prime Minister and party chief that whatever decision they take would be in line with the nation," she said.

Ms Kavita said she was approached by many national parties after the BJP "sidelined" her. "But I am not one of those people who will take advantage of a particular situation. I would have definitely won from Gurdaspur had I contested as an independent candidate. But this is not about me. I want the BJP''s candidate to win, I want Gurdaspur to go to the Prime Minister's kitty," she added.

Punjab will vote on May 19 in the last phase of the national election. Results will be out on May 23.