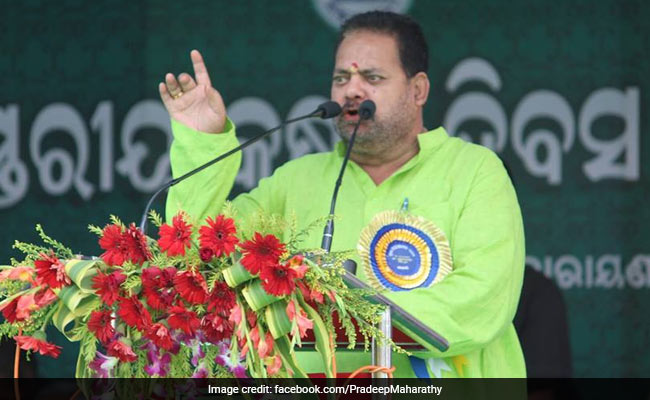 Pradeep Maharathy, the Biju Janata Dal (BJD) candidate from the Pipili Assembly constituency, was on Monday arrested for assaulting the Election Commission (EC) officials during a raid at his farmhouse in Puri, Odisha, the night before.

The development comes ahead of the third phase of polls for six Lok Sabha and 42 Assembly seats, including Pipili, slated for Tuesday.

Mr Maharathy and his supporters attacked a flying squad, led by Executive Magistrate Ravi Narayan Patra, conducting raid on his farmhouse in the Pipili area, said the police.

The injured members of the squad, including the Magistrate, have been admitted to the Capital Hospital in the city.

"After getting information about distribution of money and liquor at Maharathy's farmhouse, I along with Static Surveillance Team (SST) team had gone for investigation. As soon as the team reached there, Maharathy started hurling abuses and later attacked me and my team," said Patra.

Earlier during the day, Mr Maharathy was questioned at the Pipili police station in connection with the assault.

"On the basis of statements by the injured flying squad members, the police have registered a case. Statements of victims have been recorded and investigation is underway," said Puri District Collector Jyotiprakash Das.