As Mumbai Votes Today, All Eyes On Celebrity Contests

With Monday's voting in 17 seats in Maharashtra, the giant state will finish its four-phased polling for the ongoing Lok Sabha elections. 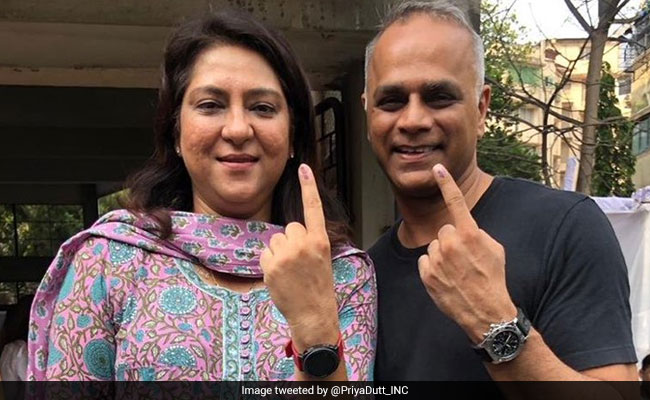 The fourth phase of the Lok Sabha elections will see a veritable battle of giants in three of Mumbai's six parliamentary constituencies today, with high-profile candidates such as Priya Dutt, Urmila Matondkar, Milind Deora and Poonam Mahajan competing for the favour of 96 lakh registered voters.

Poonam Mahajan, daughter of late Union Minister Pramod Mahajan, is trying to fend off a strong challenge from the Congress's Priya Dutt in the North-Central Mumbai constituency. The BJP leader had defeated Ms Dutt, the daughter of late actor-turned-politician Sunil Dutt, by a margin of 1.86 lakh in the 2014 elections. However, Ms Dutt -- the sister of popular actor Sanjay Dutt -- believes that the outcome will be very different this time round.

But the city's most-watched battle is like to be in Mumbai North, with actor Urmila Matondkar making her political debut by taking on BJP sitting parliamentarian Gopal Shetty.

Ms Matondkar, who joined the Congress in March, insists that she is serious about her new career. "I know that when film stars enter politics, they are expected to pull in voters because of their glamour. I would request you to keep such thoughts away when it comes to me," the 45-year-old actor told reporters soon after taking the plunge.

Gopal Shetty had defeated the Congress's Sanjay Nirupam by a margin of 4.46 lakh votes in 2014. There are over 18 lakh eligible voters in the Mumbai North constituency.

Mumbai unit president Milind Deora, who recently received a glowing endorsement from industrialists Mukesh Ambani and Uday Kotak among others, is the Congress's great white hope in South Mumbai. In this constituency, the party is banking on small businessmen who they believe are still feeling the pinch of the central government's twin "shocks" of demonetisation and the Goods and Services Tax through 2016-17.

Mr Deora is challenging the Shiv Sena's Arvind Sawant, who had defeated him by a margin of 1.28 lakh in 2014.

With today's voting in 17 seats in Maharashtra, the giant state will finish its four-phased polling for the ongoing Lok Sabha elections. Results are due on May 23.