General Elections 2019: Mukesh Ambani's endorsement of Milind Deora puts him on the opposite end of the spectrum from his brother Anil Ambani, who the Congress has relentlessly attacked

Mukesh Ambani, in a video shared by Milind Deora, said he was "the man for South Mumbai"

Reliance chairman Mukesh Ambani has endorsed Congress leader Milind Deora, who is contesting from Mumbai South constituency in Maharashtra in the national election, in a video tweeted by the candidate. That places Mukesh Ambani on the opposite side of the spectrum from his brother Anil Ambani, who has been relentlessly attacked by Congress president Rahul Gandhi.

"Milind is the man for South Mumbai... Milind has in-depth knowledge of social, economic and cultural eco-system of the South Bombay constituency," Mukesh Ambani says in the video montage posted by Milind Deora on his Twitter timeline. The Congress candidate says in his tweet: "From small shopkeepers to large industrialists - for everyone, South Mumbai means business. We need to bring businesses back to Mumbai and make job creation for our youth a top priority."

From small shopkeepers to large industrialists - for everyone, South Mumbai means business.

We need to bring businesses back to Mumbai and make job creation for our youth a top priority.#MumbaiKaConnectionpic.twitter.com/d4xJnvhyKr

It is very rare of India's richest man to canvass for any candidate.

"I knew that (Mukesh Ambani's) endorsement or Uday Kotak's endorsement would get more attention than others but I'm very proud, I'm equally proud that I'm being endorsed by paanwalas, by small traders, by an important industry in this area by the way called MAASMA... That's something you will have to ask him (Mukesh Ambani) why he felt I'm the right person for South Mumbai ," said Milind Deora, who has also participated in campaigns related to Mukesh Ambani's telecom network Jio.

Mukesh Ambani's endorsement of a Congress candidate is bound to raise eyebrows, with Rahul Gandhi attacking Anil Ambani in every single election speech and interview. The younger Ambani brother is at the core of Rahul Gandhi's allegations of crony capitalism against Prime Minister Narendra Modi. He alleges that PM Modi settled for a grossly overpriced deal for 36 Rafale fighters only to help Anil Ambani win a whopping offset deal from Rafale maker Dassault. 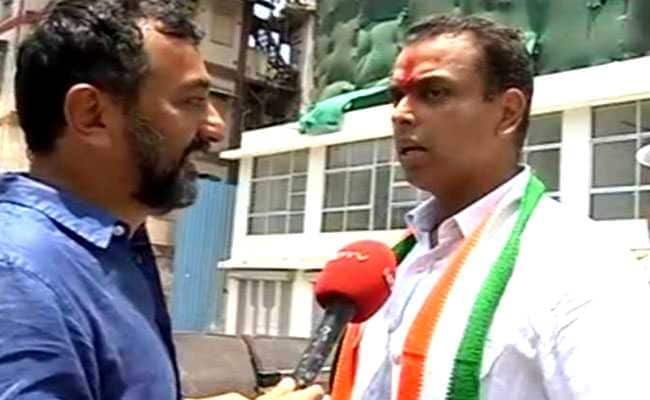 Anil Ambani had acknowledged the help in a public letter: "My sincere and heartfelt thanks to my respected elder brother, Mukesh, and (sister-in-law) Nita for standing by me during these trying times, and demonstrating the importance of staying true to our strong family values by extending this timely support. I and my family are grateful we have moved beyond the past, and are deeply touched with this gesture."

Their mother Kokilaben Ambani brokered peace between the two in May 2010. Earlier this year, Anil Ambani and his wife Tina attended the weddings of Mukesh Ambani's son Akash and daughter Isha.

Mumbai South votes on April 29 in the ongoing national election that ends on May 19. The results will be announced on May 23.