PM Modi had asked the interviewer on a private television channel if she doesn't trust the Supreme Court or the Comptroller and Auditor General. 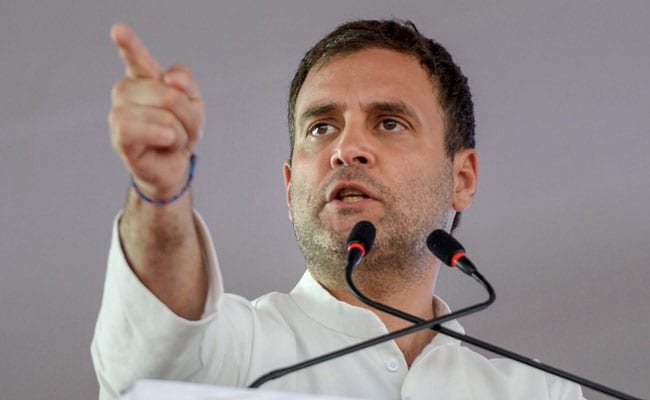 Congress president Rahul Gandhi today posted a video of Prime Minister Narendra Modi rebuking a journalist for bringing up the Rafale fighter jet deal in an interview, and accompanied it with a warning that his government can "run (from questions) but can't hide".

"You can run, Mr Modi, but you can't hide. Your karma is about to catch up with you. The country can hear it in your voice. Truth is a powerful thing. I challenge you to a debate on corruption," the caption posted along with the video of the Prime Minister's interview on ABP News read.

In the video, the interviewer is seen asking PM Modi if the opposition's allegations that he had caused losses (to the nation) by "awarding the Rafale deal" to industrialist Anil Ambani were based on lies.

You can run Mr Modi but you can't hide.

Your karma is about to catch up with you. The country can hear it in your voice.

Truth is a powerful thing. I challenge you to a debate on corruption. pic.twitter.com/cHhRa0mMeH

The Congress and other opposition parties claim that the Narendra Modi government reworked a UPA-era deal to buy 36 Rafale fighter aircraft from France's Dassault Aviation at a much higher price tag and awarded a Rs 30,000-crore offset contract to industrialist Anil Ambani's Reliance Defence in spite of several stakeholders advising against it. Although the allegations have been denied by the centre, Reliance and the French government, the Congress has promised an investigation into the case if voted to power in the Lok Sabha elections -- set to occur in seven phases through April 11 to May 19.

The Supreme Court also ruled in December last year that it has found nothing wrong with the agreement signed by PM Modi. Four public interest litigations seeking a court-monitored investigation into the Rafale deal were also dismissed.