"Till now people of Delhi have voted to choose a Prime Minister. This time it will vote for full statehood," Delhi Chief Minister Arvind Kejriwal said. 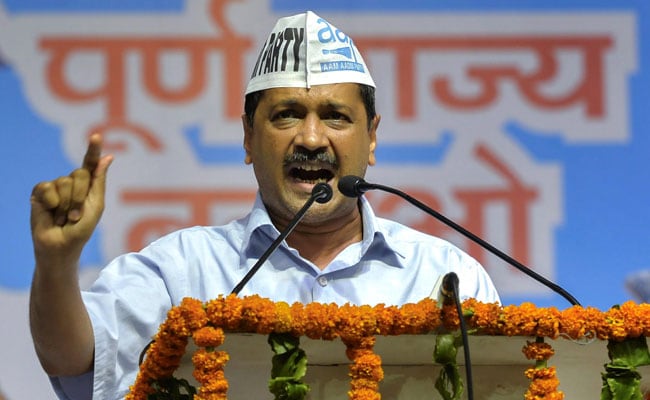 "For 70 years, injustice has been done to Delhi," Arvind Kejriwal said. (File)

Delhi Chief Minister Arvind Kejriwal today asked voters in the national capital to vote to make Delhi a full state. He claimed that despite being the second highest tax contributor in the country, Delhi gets only a fraction of what other states get from the central government.

"Till now people of Delhi have voted to choose a Prime Minister. This time it will vote for full statehood. For 70 years, injustice has been done to Delhi. For 70 years, it has faced exploitation and given a step-motherly treatment," Mr Kejriwal told reporters today.

"After Bombay, Delhi pays the highest amount in taxes--1.5 lakh crore. And it gets only Rs 385 crore from the central government. A small state like Goa, where the population is only about 15 lakh, gets Rs 3,200 crore from the Centre. With a population of Rs 2 crore, Delhi gets only Rs 385 crore. When we ask why, they say Delhi is not a full state. Then why have you kept it a half state?" he asked.

Mr Kejriwal said that since Delhi is not a full state and doesn't have law and order under its ambit, crimes against women have increased.

"If Delhi is made a full state, I promise you we will ensure that each woman is able to go out without any fear. We had also demanded reservation up to 85 per cent for Delhi citizens in Delhi government jobs but even this proposal was rejected," he said.

On education, he said because the Delhi government had no power to open new universities, the students of Delhi cannot get admission despite brilliant scores.

"We want 85 per cent of seats in Delhi universities to be reserved for Delhi students. Once we have full statehood we won't have to take permission from anyone to open new universities and colleges."