Raipur, which is among the worst-hit districts, has been reporting a high number of infections. 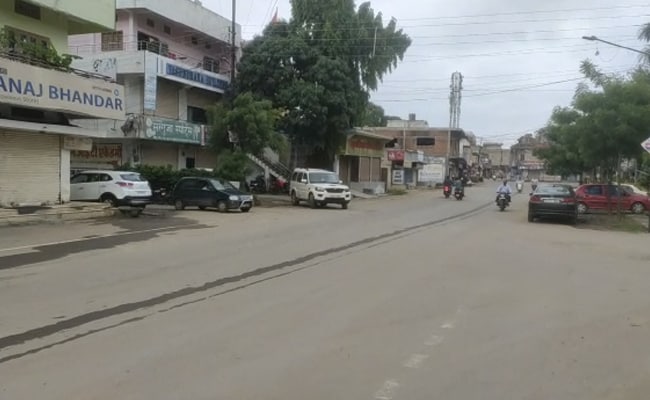 Ten districts in Chhattisgarh, including state capital Raipur, have been put under lockdown from today amid spike in COVID-19 cases in these districts. The state capital -- which has been reporting 900-1,000 daily cases -- has been declared a containment zone.

Apart from Raipur, nine other districts including Jashpur, Baloda Bazaar, Janjgir-Champa, Durg, Bhilai, Dhamtari, Bilaspur,  Bilaspur, will remain under lockdown till September 28, according to the government order.

Raipur, which is among the worst-hit districts, has been reporting a high number of infections.

"Raipur district has so far reported over 26,000 COVID-19 cases and 900-1000 cases are being recorded daily. To break the chain of transmission, it has become necessary to declare the entire district a containment zone. Inter-district borders in Raipur will remain sealed during this duration," the order issued by Raipur Collector S Bharathi Dasan said.

All Central, state and semi government as well as private offices will remain closed, though government staff engaged in prevention and control of COVID-19 will continue to work as earlier, it said. No public meeting or rally will be allowed during the period, it said.

"All shops and commercial establishments, including grocery shops will be closed. Medical shops will be allowed to remain open while home deliveries of medicines will be given priority. Milk shops will be open from 6am to 8am and then 5pm to 6:30pm," an official said.

LPG cylinder distributors are allowed to take orders only via telephone and provide home delivery.

Essential services, like health, electricity and water supply, sanitation works and emergency services have been kept out of the purview of restrictions, and those needing to move out of the district will need an e-pass, an official said.

The state now has 37,853 active cases, a state official said.