On Saturday, Lisa Haydon shared an endearing picture of her son Zack Lalvani on social media. The picture posted by the 31-year-old actress does not focus on her son's face but his cute tiny feet 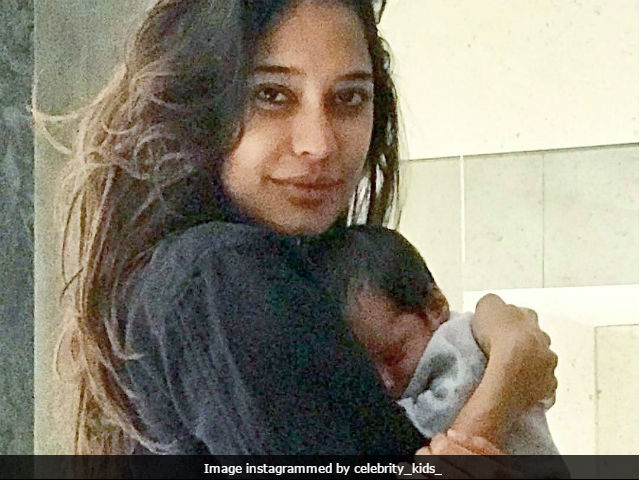 New Delhi: Actress Lisa Haydon delighted all her fans and followers on social media by sharing yet another endearing picture of her son, Zack Lalvani. The picture posted by the 31-year-old actress does not focus on her son's face but his cute tiny feet. The little one is seen blissfully sleeping on his stomach in the photograph. He looks absolutely adorable in a white shirt paired with blue shorts and white socks. Last month, a picture of Zack Lalvani went viral on social media. In the picture, he was seen warmly wrapped in Lisa Haydon's arms. On May 20, Lisa shared the first picture from outside a hospital in London announcing the birth of her son. The photo was taken on the day when Lisa and her husband, Dino Lalvani, took Zack home.

Lisa Haydon is currently in London, where her husband Dino Lalvani is based. The Queen actress married the 44-year-old businessman in a private ceremony in November last year.

On May 29, Lisa shared the first glimpse of her son dressed in a shirt with a bow-tie.

During her pregnancy, Lisa shared lovely pictures featuring her baby bump on social media. In May, she also featured on the cover of Elle Magazine. "This is my favourite cover till date," she wrote.

Thank you team Elle for putting me on your body issue cover.. morphing into the most exciting shape of my life!! This is my favourite cover till date because my made it on as well. So many fun memories with you guys @malini_banerji @elleindiaofficial @farrokhchothia @namratasoni #thebodyissue #andthenwestretch

Lisa Haydon will next feature in Milan Luthria's Baadshaho. The film is scheduled to release in theatres on September 1.