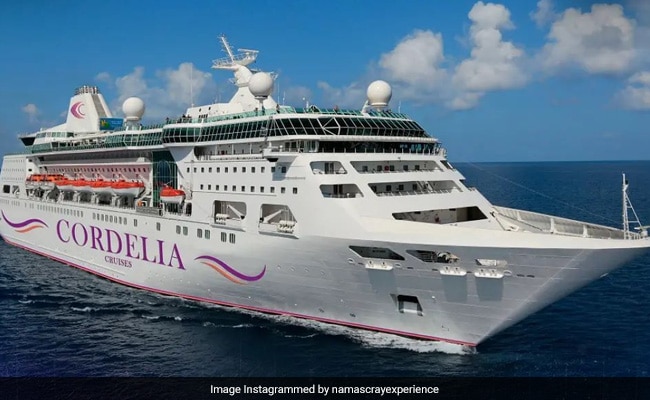 The court on Monday remanded Aryan Khan and seven others to the NCB custody till Thursday.

The Narcotics Control Bureau (NCB), probing the seizure of banned drugs from a cruise ship off the Mumbai coast, on Tuesday told a court in Mumbai that the matter has become like the novels of Agatha Christie and Sherlock Holmes with "new twists and turns every moment".

The court on Monday remanded Aryan Khan and seven others to the NCB custody till Thursday.

Before making his submissions for the remand of the four accused, special public prosecutor (SPP) Advait Sethna on Tuesday told the court that this case has become "like Agatha Christie and Sherlock Holmes novels as there is a new twist and turn at every moment".

Remanding the four in the NCB custody till October 11, additional chief metropolitan magistrate RM Nerlikar said that considering the nature of the offence, a detailed investigation was necessary to go to the root of the case.

Mr Sethna then moved an application seeking to conduct the remand proceedings of Sheikh in the presence of limited people.

To this, the judge said, "It means you want in-camera proceedings". The SPP's response was affirmative.

The NCB said, "it was forced to take this step (seeking proceedings in the presence of a limited number of people) as today's remand is already in (media) coverage". The anti-drugs agency said it wanted to find out how it (remand) was leaked.

It further submitted that a request has been made to minimise the exposure of the accused.

However, the magistrate asked how Sheikh's identity could be protected when his name is already mentioned in the remand application.

On the NCB's regarding the presence of media persons, the court said it cannot restrain media and rejected the application.

Seeking custody, Sethna told the court that Sheikh was arrested from suburban Jogeshwari in Mumbai around 6 PM on Monday and a commercial quantity (of a drug) was seized from him.

The NCB said it had seized 2.5 gm Ecstacy and 54.3 gm Mephedrone from Sheikh.

He was arrested based on the information revealed during the custodial interrogation of other arrested accused Mohak Jaswal, the NCB said.

The agency further submitted that 2 gm Charas was recovered from Nair.

According to the NCB, both Sheikh and Nair are (drug) suppliers. The two other arrested accused (Rajgariya and Sahu) were guests on the cruise ship.

In view of the seizures, "a nexus, links, role and involvement of all these persons required further corroboration," the NCB said.

Sheikh, Nair, Rajgariya and Sahu were booked under sections 8(c) (produce, manufacture, possess, sell or purchase of drugs) and 27 (punishment for consumption of any narcotics or drugs) and 27 A ( punishment for financing illicit traffic and harbouring offenders) of the Narcotics Drugs and Psychotropic Substances Act (NDPS).

Advocate Apoorv Srivastava, appearing for Sheikh, said his client was made a "scapegoat to hide big faces".

He further said that Sheikh was arrested a day after the seizure of drugs which means it was a "premeditated case".

The advocate, however, said Sheikh may be sent to custody for investigation for a brief period.

Advocates of other accused objected to the remand application of the NCB, saying either a small number of drugs was seized from their clients or no seizure was made at all.

The anti-drugs agency has so far arrested 16 people, including Aryan Khan, after raiding the Goa-bound ship on Saturday.

The court on Monday had remanded Aryan Khan (23) and seven other accused to the NCB custody till Thursday.

The NCB had told the court that "shocking and incriminating" material recovered in WhatsApp chats of Aryan Khan and two others arrested in connection with the case showed international drug trafficking.

The NCB had also claimed that in the WhatsApp chats, Aryan Khan is discussing modes of payment to be done for procurement (of drugs) and that several code names are being used.

Aryan Khan's lawyer had claimed drugs were not recovered from the possession of his client.

The NCB on Sunday said they had seized 13 grams of cocaine, five grams of MD, 21 grams of charas and 22 pills of Ecstasy and Rs 1.33 lakh.