Licypriya Kangujam, who has shunned comparisons between her and Swedish climate change activist Greta Thunberg, had replied to the Congress slamming them for using her name for a "Twitter campaign." 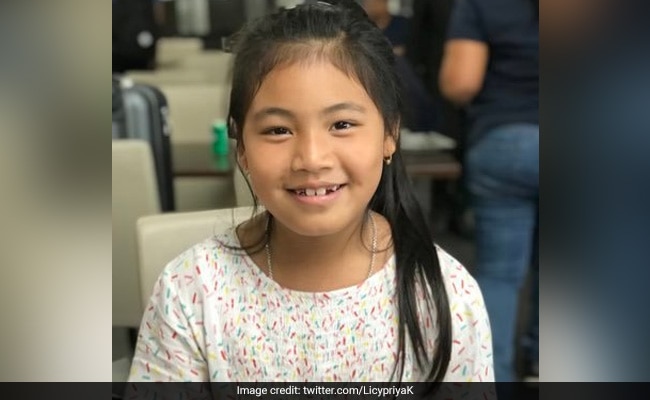 An 8-year-old climate change activist from Manipur, Licypriya Kangujam, who recently turned down a government honour on Women's Day to operate Prime Minister Narendra Modi's social media accounts has now hit out at the Congress and its leader Shashi Tharoor. Ms Kangujam, who had urged PM Modi to "listen" to her voice instead of honouring her, reiterated her demands to the Congress on Twitter after the party heaped praises on her for rejecting the centre's accolades.

"PM Modi's lip service & hypocrisy towards women empowerment has been called out by the brave environmental activist, Licypriya Kangujam. After rejecting his offer, she reminded the PM that listening to her voice is more important than any Twitter campaign," the Congress tweeted.

Ms Kangujam, who has shunned comparisons between her and Swedish climate change activist Greta Thunberg, had replied a few hours later to the party slamming them for using her name for a "Twitter campaign." She asked how many Congress MPs are willing to put up her demands in parliament in the ongoing session. She ended the tweet on a familiar note, "Who is listening (to) my voice?"

OK @INCIndia. You feel sympathy for me. It's ok. Let's comes to the point. How many of your MPs going to put up my demands in the ongoing Parliament Session both in Lok Sabha & Rajya Sabha?
I also don't want you to use my name just for twitter campaign? Who is listening my voice? https://t.co/ms54F9MnQt

Soon after, Congress leader and Thiruvananthapuram MP Shashi Tharoor replied to her tweet saying, "your voice is ours too." He went on to list what the party is planning to do for air pollution which did not go down very well with the child activist.

Ms Kangujam claimed Mr Tharoor was diverting her question and demands with the air pollution policy and reiterated her three demands.

Sir, I appreciate your prompt reply.

But You try to divert my question and my demands with some Air pollution policy, etc.

For your kind information, Here are My 3 major demands. #ActNow#ClimateCrisispic.twitter.com/XhJ4USThs1

Mr Tharoor assured her that he is happy to support her demands and promised to try and raise the demands in parliament "at the earliest opportunity."

The centre had announced Ms Kangujam as one of the women achievers to be honoured on International Women's Day. Soon after, in sharply-worded tweets, Ms Kangujam warned politicians to "never attempt to use me for your political gains... I'm not in your favour".

Ms Kangujam, whose Twitter bio describes her as "a homeless child climate activist", had thanked the Prime Minister for the honour but turned down the honour with a tweet.