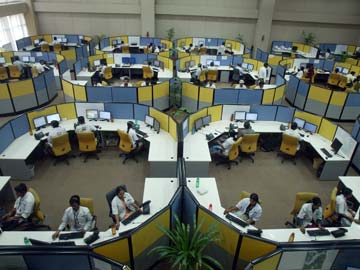 Indian staff work at a call centre for The Emergency Management and Research Institute (EMRI) in Hyderabad.

New Delhi: Managers of an IT company in New Delhi were puzzled as they sifted through a pile of CVs -- as many as 30 job seekers claimed to have worked previously for the same employer.

Unwilling to take any chances, the managers approached a firm of professional sleuths that specialises in screening background information given by prospective employees.

What emerged left them stunned.

The "employer" turned out to be an owner of a dingy one-room mobile repair shop who was pretending to be an HR manager of a fake IT firm.

In return for money, he answered verification calls and described how the candidates had worked for him previously doing data entry.

"Our investigation revealed the conspiracy to show previous experience of three to four months for the candidates," said Preeta Pradhan, a vice-president at background screening firm AuthBridge.

Forging qualifications, faking experience, and inventing companies -- desperate candidates are resorting to all sorts of fraud to land jobs in a tough Indian employment market.

Low business confidence and high interest rates have led economic growth to plunge to the lowest in a decade, making private sector job opportunities harder to come by.

A survey by AuthBridge, which has screened millions of candidates, showed that nearly one in five had fudged some information on their CV in 2012-13.

As many as 51 percent submitted fake education documents.

Background screening was hardly heard of in India until the turn of the millennium, and has been largely driven by the outsourcing and IT industry, one of India's biggest economic success stories.

The Indian Association of Professional Background Screeners pegs the size of the industry at about $32 million annually and growing fast.

"With many people competing for the same opening, the temptation to fudge is quite strong," M. Aswathi, an HR manager in a leading IT company, told AFP.

"They know that extra years of experience or a diploma from a top college could make it easier for them to grab a job or help them get a better pay package," she said.

Figures from the National Association of Software and Services Companies (NASSCOM) show the number of qualified workers in the IT sector has risen 17 percent year on year, more than double the rate of growth in new jobs.

Those faking their CVs are mainly looking for lower entry-level jobs, although those seeking top positions have also been found resorting to fraudulent tactics, said Aswathi.

According to the AuthBridge survey, about eight percent of offers made for leadership positions across industry in the last year were withdrawn because candidates provided false information.

But catching the frauds has become more difficult, opening up a new market for companies such as Authbridge, US-based Rezource that also operates in India, and Supersoft Consultants.

They send officers to meet the references given by candidates and check the existence of companies at which applicants claim to have worked in the past.

"The need for background verifications will continue to grow as entities continue to fudge data and make false claims," said Tejas Sanghvi from Supersoft, adding he expected the industry to grow by 15 percent per year.

Rezource meanwhile has compiled a list of 1,500 Indian companies that do not exist but give out employment letters to candidates for a price.

"One bad hire who gets through the system because the firm does not have a background check process in place will attract more entities with false and exaggerated claims," said Sanghvi.

"On average, between 10 to 15 percent of bad hires are identified by a standard background check process," Sanghvi told AFP.
Comments
Indian jobsjob industry