A directive to kill the "man-eater" leopard was issued earlier this month after it mauled to death a nine-year-old girl in Karmala. 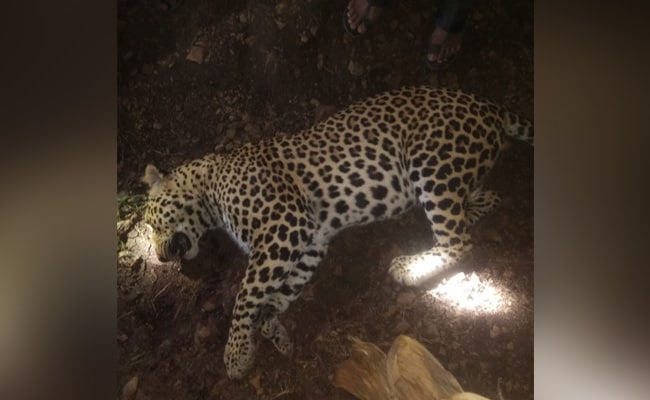 Multiple teams of forest officials had been searching for the animal

A leopard that had killed at least eight people in Maharashtra was shot dead by the forest department in Solapur district on Friday after attempts to tranquilise the animal failed, an official said.

A shooter authorised by the forest department shot the leopard dead in a banana farm near Bitargaon village in Karmala tehsil in the evening, he said.

"The leopard had killed at least eight people and injured four others across Solapur, Beed, Ahmednagar and Aurangabad districts. After being spotted in the banana farm on Friday evening, we tried to tranquilise the animal first, but as the attempts failed, it was finally shot dead," divisional conservator of forests (Solapur) Dhairyashil Patil said.

A directive to kill the "man-eater" leopard was issued earlier this month after it mauled to death a nine-year-old girl in Karmala, he said.

Multiple teams of forest officials, also comprising police, State Reserve Police Force (SRPF) were pressed into service to trace the leopard, Mr Patil said, adding that these teams had been on the lookout of the animal since the last fortnight.