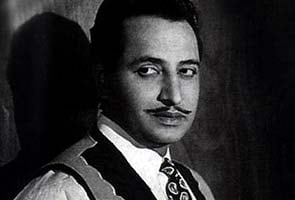 Mumbai: Pran, one of Bollywood's most respected actors, died in Mumbai's Lilavati Hospital today. He was 93 and had been admitted to hospital a month ago.

"He died after a spell of prolonged illness," his daughter Pinky told news agency PTI. "He was not keeping well, he was very weak. His health was deteriorating," she added.

Pran received the Dadasaheb Phalke Award this year in May. He was unable to travel to Delhi to receive the award at the presentation ceremony because of ill health. He was given the award at his home in Mumbai the next day.

Pran, star of films such as Zanjeer and Amar Akbar Anthony, began his career as a hero in Punjabi films, made a tremendous impact on Bollywood as the villain in Dilip Kumar's Ram Aur Shyam and was the first actor to break stereotype by playing character roles as well. In the '70s, there was almost no major film that did not feature Pran and he was often higher paid than the hero. Pran was credited with making the role of the villain as important as the hero's, and was known for his sophistication and style on screen. (Read: Pran, Bollywood's 'black gold')

Pran was also credited with helping actor Amitabh Bachchan get his biggest break - Zanjeer, which marked the rise of the Angry Young Man and made Amitabh Bachchan famous. Pran played one of his best known roles - the Pathan Sher Khan - in Zanjeer. He and Amitabh Bachchan formed a long and successful screen partnership after Zanjeer and struck up a lifelong friendship. Pran made one of his last public appearances at Amitabh Bachchan's 70th birthday party in October last year. (Life in pics)

Promoted
Listen to the latest songs, only on JioSaavn.com
He is survived by his wife Shukla, daughter Pinky, and sons Arvind and Sunil.