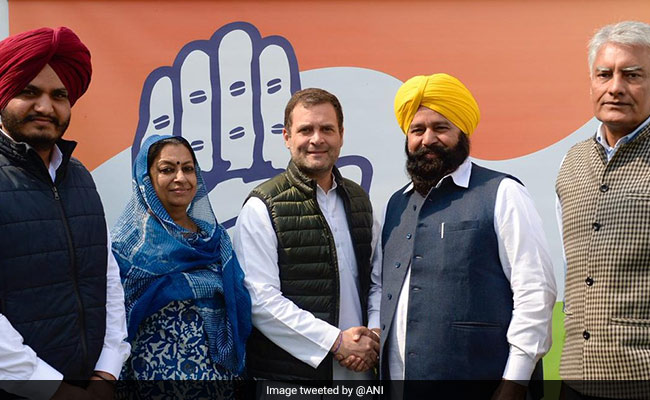 Sher Singh Ghubaya is the second MP of the NDA to join the Congress in the last three days.

A day after resigning from the Shiromani Akali Dal (SAD), Ferozepur MP Sher Singh Ghubaya joined the Congress on Tuesday in the presence of party president Rahul Gandhi.

"Congress President Rahul Gandhi welcomes Ferozepur MP Shri Sher Singh Ghubaya to the Congress party. We wish him all the best," the Congress said on Twitter.

Mr Ghubaya is considered a strong contender for the Ferozepur Lok Sabha seat.

Ms Phule had won from the Bahraich (SC) Lok Sabha constituency in the 2014 election on a BJP ticket. She had earlier started her political career with the Bahujan Samaj Party.