In the video, the Jammu and Kashmir teacher is seen thrashing the students of class 6, 7, 8 and 10 with a stick after they allegedly got late for their class by 10 minutes. 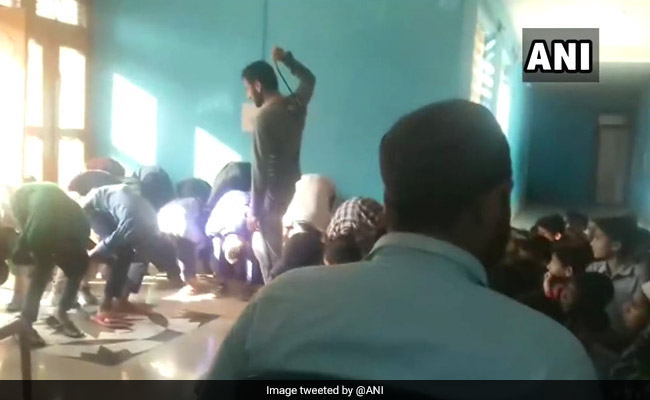 The incident took place at the Gujjar Bakerwal Boys Hostel in Jammu and Kashmir's Doda.

The students at a boy's hostel in Jammu and Kashmir's Doda were thrashed by their teacher for allegedly turning up late for the class, a video that was widely circulated on social media shows.

The incident took place at the Gujjar Bakerwal Boys Hostel. In the video, the teacher is seen trashing students of class 6, 7, 8 and 10 with a stick after they got late for their class by 10 minutes.

Officials of Childline reached the hostel to investigate the case.

Childline coordinator Minaskhi Raina said, "The teacher has confessed after he was shown the video. We have ordered an inquiry and action would be taken against the teachers for the inhuman act." 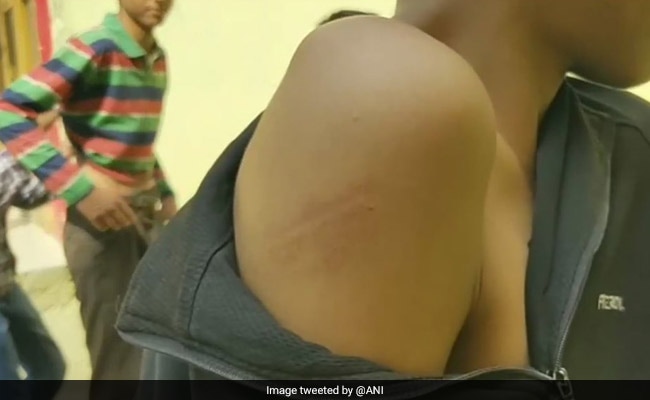 The official said the teacher should have adopted persuasive means rather than resorting to corporal punishment. She added that if the hostel authorities fail to submit the report within two days, an FIR will be lodged against the teacher per the law.

"Corporal punishment is increasing day by day. Last year, many cases have been reported in this regard as the Ministry of Women and Child Development has issued a new set of guidelines that bans physical punishment of students," Ms Raina said.

"Teachers found guilty could be denied promotion and increments. A child rights cell should be set up in all schools where children can lodge a complaint," she added.

On May 16, another video showing students washing cars of their teachers had gone viral in Anantnag district of the Kashmir Valley.

The offending teachers were removed from the school with disciplinary action taken against them.